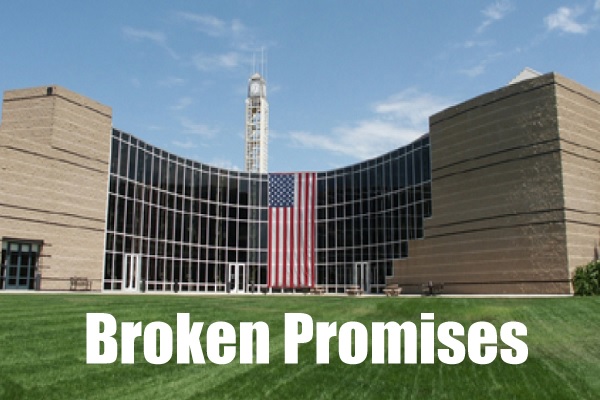 On June 22nd, after hearing hours of testimony from Irvine residents, the City Council refused to pass any sort of plan to move forward with a State Veterans Memorial Park & Cemetery in Irvine. (Councilmember Larry Agran was the only member of the City Council to speak in support of the project moving forward in Irvine.)

Ironically, just three months ago, at the March 23rd City Council meeting, Irvine Mayor Farrah Khan publicly stated: “Honoring our veterans is a top priority. We are in a unique position as a City to actually get this done. I see it happening in May or June….We are all committed to making this happen! ”

At that same March 23rd meeting, Councilmember Tammy Kim said: “It’s important we build a cemetery [in Irvine].” And Councilmember Anthony Kuo told a representative from CalVet: “In my mind, you are going to get one of the pieces of [Irvine] land. There’s no question about that.”

Now, Khan, Kim, and Kuo — joined by Councilmember Mike Carroll — appear to no longer support transferring any City-owned property to the State for construction of a Veterans Memorial Park & Cemetery.

When Agran tried to get the Council to at least agree to clean up the originally selected 125-acre ARDA site at the Great Park and build a beautiful perimeter park on the property, free from debris, his Council colleagues refused.

Irvine resident Ed Pope, U.S. Army veteran and Chair of the Build the Great Park Veterans Cemetery committee, said after the meeting: “It’s one thing to have a difference of opinion, but Mayor Khan and the majority on this Council have a history of saying one thing to voters, and then turning around and doing the exact opposite once they are elected. Not only did Mayor Khan and three of her Council colleagues betray veterans tonight, they also betrayed Irvine residents who believed their promises.”

Since the June 22nd Council meeting, Khan, Kim, Kuo and Carroll have decided that Irvine no longer wants a Veterans Memorial Park & Cemetery. (Councilmembers Kim and Carroll even attended a July 1st press conference in support of an entirely new “Gypsum Canyon” site which is located just past the 241 toll road and the 91 freeway connector.) This new freeway site is 23 miles from Irvine, just 5 miles from Riverside County.