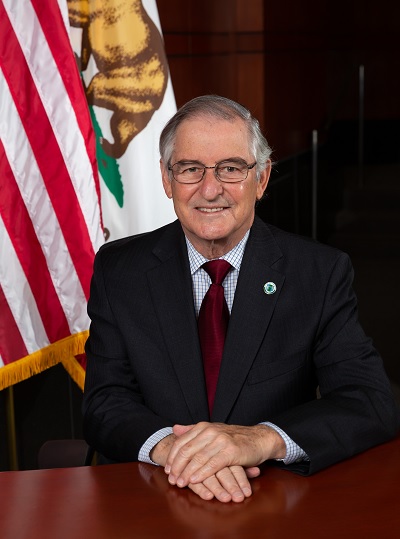 However, during the November 9th Irvine City Council meeting, the Consent Calendar included an item to approve a “debt subordination agreement” regarding the initial $7.5 million in Irvine taxpayer funding that has been advanced to the Orange County Power Authority (OCPA).

Last year, the previous Council agreed to fund the OCPA through 2022. The OCPA is an Irvine-funded energy start-up to provide electricity to Irvine businesses and residents in competition with Southern California Edison (SCE). So far, the City has advanced $7.5 million of Irvine taxpayer money to the Power Authority, with no oversight by the current Council. (Irvine City Councilmember Mike Carroll is Chair of the five-member OCPA Board and Irvine Mayor Farrah Khan is also a board member.)

Even though the City of Irvine has taken the leadership role and is funding the OCPA, neither Carroll nor Khan have offered Irvine residents a public presentation and discussion about the agency at any Council meeting this year.

During his remarks at the November 9th Council meeting, Agran stated: “I have been on this Council since December of last year. Here we are nearly a year later and because of the ‘Rule of Two,’ I can’t even get a presentation from the OCPA to determine if the City should be a part of this entity or if we are being put at grave financial risk.”

Agran noted that the initial $7.5 million in funding to the OCPA was coming from the City’s Asset Management Fund, which is a reserve fund designated mostly for repairing roads and other infrastructure in the City.

Agran asked City Attorney Jeff Melching directly: “What happens if this entity [OCPA] fails? If it either doesn’t launch or, after a couple of years, it goes bankrupt?” Melching responded: “We are in a junior position on the loan. If the entity fails, we will not get repaid.”

Agran voted against the debt subordination agreement item, stating: “I have grave concerns that OCPA will be unable to be competitive with SCE [Southern California Edison] on either the percentage of renewables — and we want that as quickly as possible to get to 100% — or on the matter of competitive rates. I don’t want to see any more Irvine investment going to this entity until such time that we get OCPA officials in this chamber, in front of this Council to answer questions.”

Agran isn’t alone in his concerns regarding the energy start-up. There have been numerous articles by local media regarding the problems at the Power Authority. A recent Voice of OC article stated that California energy regulators have now intervened. According to the article, OCPA is in “existing litigation” with California state regulators.

Just a couple of weeks ago, the City of San Clemente decided OCPA was too risky. Instead, San Clemente is exploring the possibility of joining the San Diego Community Power Authority. Lake Forest left OCPA months ago. (The cities that remain in OCPA are Irvine, Huntington Beach, Fullerton, and Buena Park.)