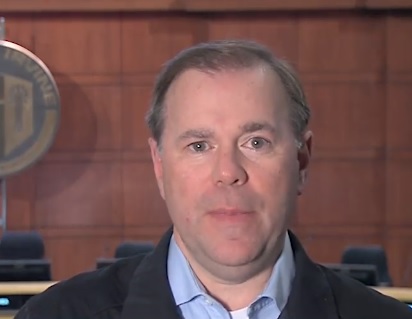 The City of Irvine has a small annual budget for mail communications between City Councilmembers and residents.

Historically, Councilmembers have been frugal with their use of the City’s taxpayer-funded mail budget, spending no more than a few hundred dollars annually.

But beginning in late 2019 and continuing through August 2020, Councilman Mike Carroll — who was appointed, not elected, to the City Council in 2019 — has spent more than $70,000 of taxpayer funds on nearly 80,000 self-promotional mailers inviting Irvine residents to attend in-person and virtual meetings with him.

During this same time period, the four other members of the Irvine City Council, including appointed Mayor Christina Shea, spent only $220 on mail.

Last week, a formal complaint was sent to the Irvine City Council, the Irvine City Attorney, the Orange County District Attorney, the State Attorney General, and the California Fair Political Practices Commission (FPPC) regarding Councilman Carroll’s abuse of the City’s mail system.  The complaint also alleges that Carroll may have collected residents’ private personal information — such as residential addresses, email addresses, and phone numbers — for his own political purposes, allowing him to send self-promotional robocalls and emails as he runs for election to the City Council for the first time this November.  (Residents’ personal information and data is supposed to be kept confidential under the City of Irvine’s Personal Information Privacy Act, adopted in 2008.)

Appointed Irvine Mayor Christina Shea, who in 2019 orchestrated the backroom deal that resulted in Carroll’s appointment to the City Council, issued a stinging rebuke of her colleague, asking in an email circulated among top Irvine officials how “one member of our Council [was] allowed to use up the Council annual mail budget,” particularly in light of the financial crisis the City is now facing, including an “$18 million deficit” at the close of fiscal year 2019-2020 and for “several years to come.”

Shea also expressed alarm at Carroll’s actions in bypassing normal City Council procedures and taking his self-promotional letters directly to the City’s mail room, then ordering City employees to mail them out at the City’s expense: “Our mail department is very unique to the City operations, as we hire members of our developmentally disabled community to work in the mail room and they are some of our most vulnerable populations on our staff.”

California Government Code Section 8314(a): “It is unlawful for any elected state or local officer, including any state or local appointee, employee, or consultant, to use or permit others to use public resources for a campaign activity, or personal or other purposes which are not authorized by law.” Those found to have violated Section 8314 are subject to fines and penalties amounting to three times the misappropriated funds.

Penal Code Section 424(a)(1) – Misappropriation of Public Funds: “Each officer of any city of this state charged with the receipt, safekeeping, transfer, or disbursement of public moneys, who without authority of law, appropriates the same, or any portion thereof, to his or her own use . . . is punishable by imprisonment in the state prison for two, three, or four years, and is disqualified from holding any office in this state.”

To read the formal complaint against Carroll, click here.

Irvine Community News & Views will continue to keep our readers updated on the status of this investigation.