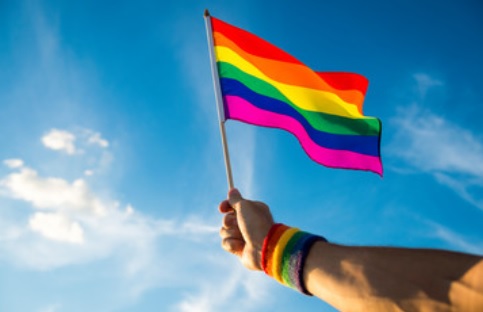 It took an election year, but on Tuesday (July 14th), the Irvine City Council finally repealed an anti-LGBTQ provision put into law by way of a nasty ballot initiative, in 1989, championed by then-Irvine resident and now Irvine’s unelected Mayor Christina Shea.

In 1988, then-Mayor Larry Agran crafted a bold Human Rights Ordinance, which protected the LGBTQ community from discrimination in housing, employment, and businesses open to the public.  The Ordinance was adopted by the City Council, making Irvine one of the first cities in the state to adopt such a progressive law.

Shea — who was already a well known right-wing activist — vowed to overturn Agran’s Human Rights Ordinance through an anti-LGBTQ ballot measure (Measure N).  Shea’s ballot measure was so extreme that it even banned the City from recognizing sexual orientation as a fundamental human right.  Measure N was passed by Irvine voters in 1989, 53% to 47%.

The July 14th motion to repeal Measure N was introduced by Councilmembers Melissa Fox and Farrah Khan.  In an accompanying memo, Councilmembers Fox and Khan stated, “(Sec. 3-5-501 through 503] is unconstitutional under the Equal Protection Clause of the United States Constitution and in violation of California’s Unruh Civil Rights Act, which explicitly prohibits discrimination against people based on ‘sexual orientation’.”

The Fox-Khan memo continued, “The provision in our city’s municipal code is not only unconstitutional and in violation of superseding state laws, but Irvine’s anti-LGBTQ ordinance is a cruel and embarrassing relic of a more prejudiced time.  The City of Irvine has a responsibility to ensure that all residents feel safe and welcome in our city — it is time to repeal and remove [Sec. 3-5-501 through 503] from the city’s municipal code.”

This year, it took two Council meetings and lots of pushing from voters, but Fox’s motion to fly the Pride Flag finally passed 4-1 at the June 23rd Council meeting.  (Mayor Shea voted against the motion.)

And now, on July 14th, the Council voted to repeal Shea’s disgraceful anti-LGBTQ ordinance, which had remained on the books in Irvine for more than 30 years.