The planned Veterans Memorial Park & Cemetery at the 125-acre Great Park ARDA site — including key features described in the 333-page Concept Plan —  was approved 3 years ago by the State of California (CalVet) and the U.S. Department of Veterans Affairs. 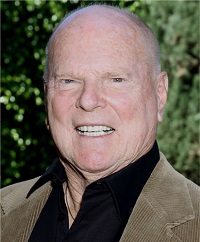 Ed Pope, founding Chair of the Build the Great Park Veterans Cemetery citizens’ committee, did a lot of thinking while recovering at home from a stroke he suffered in May.  Pope — a U.S. Army veteran, an Irvine resident since 1972, and a retired award-winning High School Teacher of the Year — says that while regaining his strength, he thought a lot about what he called his “civic mission” to finally get the Veterans Cemetery built and operational at the Great Park, as originally planned and approved by the City, State, and U.S. Department of Veterans Affairs.

Mid-summer, Pope turned to his friend, former Irvine Mayor Larry Agran, with what he called “a major request.”  He asked Agran, a skilled public interest attorney and former Legal Counsel with the State Legislature, to take on the task of drawing up a citizens’ initiative to “once and for all implement the will of the people to get the Veterans Cemetery built.”  Agran agreed to do it. 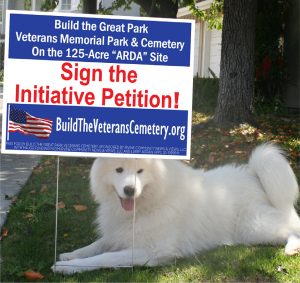 As official proponent of the Build the Great Park Veterans Cemetery initiative — now being circulated to gather Irvine voter signatures — Agran explained its key provisions: “Specifically, the initiative provides that the 125-acre, City-owned ARDA site at the Great Park will be zoned exclusively for only one land-use purpose — for a beautiful Veterans Memorial Park and Cemetery.”

Agran pointed out the initiative makes clear that in addition to the planned Veterans Cemetery itself, the site will also include complementary Memorial Gardens, a two-mile Memorial Trail with thousands of trees, and a small-scale air museum that includes restoration of the iconic control tower and airplane hangars dating back to World War II, when the site was part of what was the Marine Corps Air Station at El Toro. 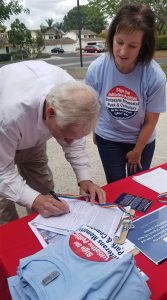 Agran, who has drafted numerous laws and initiatives for Irvine, noted that “under the provisions of key State laws enacted this summer, if Irvine voters say ‘YES’ to the initiative, the Veterans Memorial Park & Cemetery will be built and operated on the Great Park ARDA site at no cost to the City of Irvine.”

Both Agran and Pope stress that the initiative is “urgently needed” because, in Pope’s words, “Mayor Christina Shea, long an opponent of the Veterans Cemetery, continues to work with developer FivePoint on a scheme that will replace our long-planned Veterans Cemetery on the City-owned ARDA site with FivePoint development — office, commercial, industrial, and even apartment development…and traffic, traffic, traffic.”

Pope added, “We can’t let that happen. That’s why we’re asking folks to support our initiative.” 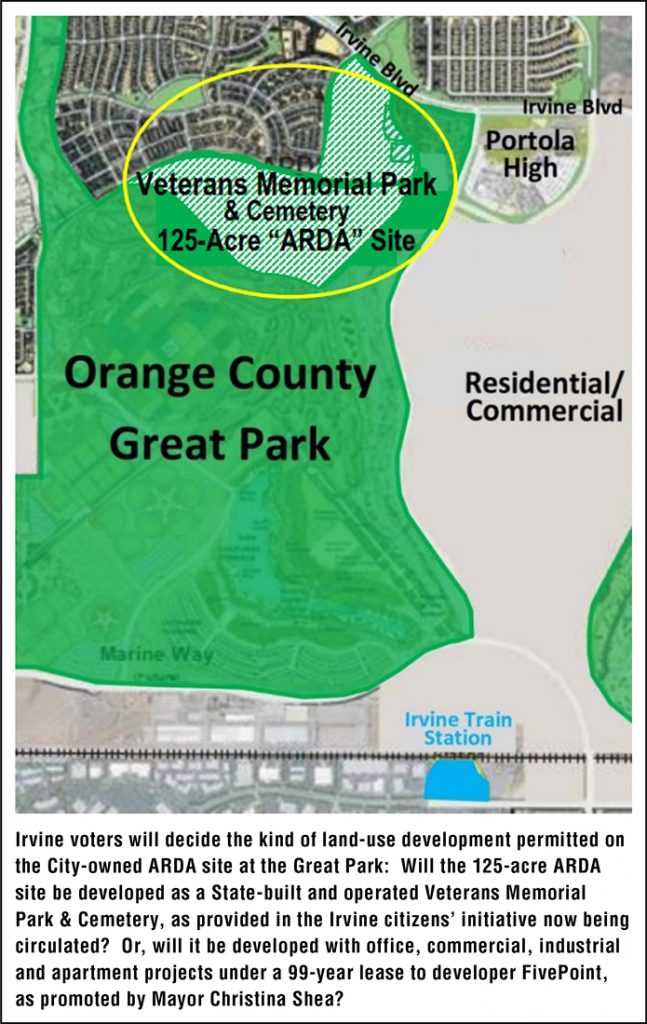 While he now finds it physically difficult to gather many initiative petition signatures on his own, through phone calls and emails Pope is recruiting scores of volunteers to get the job done.

“Our volunteers are gathering signatures each weekend at the public libraries, City parks and shopping centers,” says Pope.

“We are also enlisting 100 neighborhood leaders…folks who agree to put up a lawn sign and gather 50 or 100 signatures from their Irvine friends and neighbors who share our determination to, at long last, make our Veterans Memorial Park & Cemetery a reality!”

To plant a lawn sign in your front yard, encouraging your friends & neighbors to support the Build the Veterans Cemetery committee, click here.