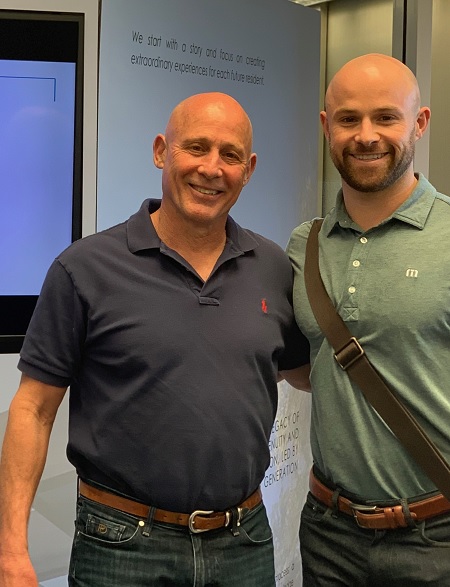 Roy Heine founded Suntrek in 1991. The company, which is headquartered here in Irvine, manufactures and installs solar energy systems.

With a 3-year-old baby girl and a son on the way, Roy and his wife Holly put everything they had into starting the business. That meant downsizing their home and eating a lot of peanut butter and jelly sandwiches.

Part of the reason Roy started the company was to carry on a Heine family tradition. The previous generation of Heine family members had fled Nazi-occupied countries, finding refuge in America. Those family members were able to create a new life in a new country by starting businesses with the tiny amount of cash that had been stitched into their clothing for the journey to the United States.

All in the family: Logan Heine started out as the face of Suntrek.

When asked about his success, Roy says that “the most rewarding part of building Suntrek is the amazing people we have been able to employ. My first employee, Luis Manzo, is still with us. Aaron Hill has been with the company for 25 years, Scotty Ford for 23 years, and Neri Escobar and Jose Cesena for 15 years.”

Suntrek is very much a family business. Both of Roy’s children (son Ethan and daughter Logan) work for the company. In fact, after nearly seven years working alongside his dad, Ethan has recently taken over the reigns of the company.

As president, Ethan is the company’s new visionary while Logan helps facilitate Ethan’s vision through her marketing role with the company. Ethan says he’s honored to carry on the Heine family legacy as Suntrek’s new president, and is mindful of the sacrifices previous generations made. 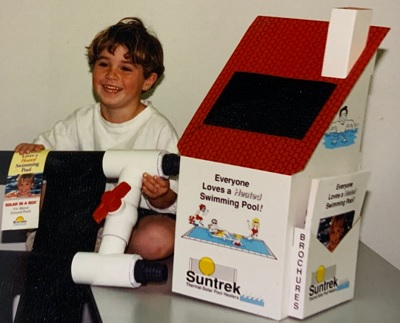 Suntrek’s new president, Ethan Heine, grew up with the company.

Ethan’s plan for the business is growth, saying “We have generated tremendous momentum over the past two years and are looking to build off that. It’s so fulfilling working in this industry where we can provide home and business owners with the ability to enjoy conveniences without the worry of overhead costs that typically come with those items.”

Ethan added, “Whether it’s jumping into your solar-heated swimming pool or stepping into an air-conditioned home while your electric vehicle charges in the garage — using the sun’s free energy just makes sense!”