In Their Own Words: Local Veterans Explain Why They Support the Veterans Memorial Park & Cemetery at the Great Park 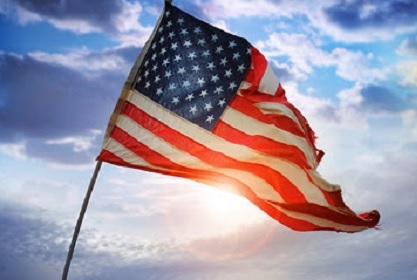 The 1,300-acre Great Park is located in what was, for six decades, the Marine Corps Air Station (MCAS) at El Toro. To honor the tens of thousands of men and women who served at MCAS El Toro, the Irvine citizens’ committee, Build the Great Park Veterans Cemetery, has been working tirelessly for years to make sure that the long-promised Veterans Memorial Park & Cemetery at the Great Park becomes an on-the-ground reality.

Below are comments from local veterans and family members of veterans, explaining why they support the plan to build a Veterans Cemetery on the former military base — and the importance of moving forward with construction…right now!

I can’t think of a more appropriate salute to the U.S. Marine Corps Air Station, El Toro than for it to become the final resting place for those who gave their lives serving our country. As a beautiful lawn of respect, it should compliment the Great Park, giving it a facet unlike other renowned parks around the world. If we don’t make our move now, the other option is simply to build more houses, which brings honor to none.
— John A. Caldwell (Marine Corps)

The El Toro Marine Corps Air Station was the last piece of American soil that many U.S. military personnel touched before losing their lives in Vietnam and other parts of the world. The property was part of the U.S. government long before it was given to local cities. I cannot understand the priorities of building residential and commercial properties before the cemetery is built.
— Alberto Gonzalez (Navy)

This county does not need another golf course. Instead, let’s honor our veterans with the one and only item we are asking for in Orange County, a beautiful Veterans Cemetery.
— Rene Macare (Army Airborne)

We didn’t hesitate or procrastinate when called to duty — whether in country, in remote areas of the world, or theaters of combat. We answered when the call came. Now it’s time for the City of Irvine to answer the call.
— Bob Stone (Air Force)

I cannot think of a more fitting addition to the Great Park than this tribute to the Armed Service personnel who served on this site for decades.
— Hal Henderson (Marine Corps)

Charles was my husband for 54 years. He passed away on 1/30/2018 and was cremated. I have held on to his ashes since then as I want him to be buried at the proposed Veterans Memorial Park & Cemetery in Irvine. He spent eight years in military service in two branches and deserves a final resting place in Orange County, where we have made our home since 1964. I will continue to wait on his behalf.
Susan M. Delarue (wife of Air Force & Navy veteran)

I’m a veteran and like so many other vets who live in Orange County, we need a place to rest close to home for our family and friends. Irvine needs to start this project yesterday and get it done for those of us who served this great country and for those who have or will make the ultimate sacrifice!
— Ronald Rodriguez (Marine Corps)

El Toro was my first duty station and it would be an honor to make it my final resting place.
— Gianni Galarza (Marine Corps)

It will be with pride and honor to be buried in this remarkable place. I beg all officials involved to move forward, especially the Irvine City Council, so that those who have served this country will have a place to rest.
— Renee Valencia

My husband, Robert passed on June 16, 2019.  He served in the Air Force and retired after 20 years. His wish was to have the OC Veterans Cemetery be his final resting place. I hope it is open soon. We are waiting to have the proper funeral until it is built.
— Mary Ann Henry (wife of Air Force veteran)

It is sad to see my fellow service members buried out in Riverside instead of close to their homes, here in Orange County. Our families have to drive to an area we don’t even know.
— Irma Bermudez (Army)

El Toro MCAS is the base I returned to in August 1969 and I was at El Toro the day it was put out of service. I currently reside in Huntington Beach but would love El Toro to be my final resting place, alongside other Marines.
— Ronald Rumford (Marine Corps)

What better way to honor the long history of the military at El Toro than for it to be the last resting place for military veterans?
— Richard Nagle (Marine Corps)

Having retired from MCAS El Toro in 1983, my wife and I have always hoped to be buried at the Veterans Cemetery on the former Marine Corps Air Station at El Toro, along with many of our Marine Corps friends who have also retired in this area.
— Linden Viano (Marine Corps)

My Stepfather’s urn sits in my mother’s closet until we can put him in a place to rest. He’s been in her closet for six years. Six years as Irvine fights over this Veterans Memorial Park and Cemetery. My mother is almost 86. Can we accomplish this in her lifetime? She deserves to know he is where he wanted to be laid to rest.
— Sheryl Kellner

It well beyond time for Orange County to have a Veterans Cemetery to celebrate and honor the sacrifices veterans have willingly made for this nation and its citizens.
— Russell Moore (Marine Corps)

As a veteran and an OC native, I’m pleased that local veterans who served our country will be able to rest in a place of beauty and military history. I encourage the Irvine City Council to correct the wrongs of the recent past and build the Southern California Veterans Memorial Park & Cemetery without further delay.
— Elizabeth Martinez (Air Force)

I am a Vietnam veteran.  It breaks my heart that this veterans cemetery is even an issue. Many Marines flew out of El Toro Marine Corps Air Station, which was the last American soil they stood on. And now golf courses, parks, and political differences are preventing veterans from having a proper burial place. Do the right thing…build this cemetery NOW!
— Mike Chamberlin (Army)

Having a Veterans Cemetery in Irvine at the Great Park would be a wonderful tribute to all of the veterans in this area. The Veterans Cemetery in Riverside is beautiful , but it’s too far for Orange County families to travel to honor their loved ones.
— Kathleen Rohla (on behalf of Rodney Rohla, Navy veteran)

To honor our local veterans, Irvine residents are planting lawn signs in their front yards to show support for building the Veterans Memorial Park & Cemetery at the Great Park…right now!  To order your lawn sign, click here.