As Larry Agran, former Mayor of Irvine and current candidate for City Council, said in his recent announcement remarks: “Irvine is in real trouble.  Our City, once renowned for its commitment to excellence in planning and in governance, now finds itself without a plan and without effective leadership at this time of the COVID-19 public health emergency.  To rectify matters, we need to elect a new Mayor and a new City Council, ready on Day One to lead us in a new direction.”

We agree with Agran. That’s why ICNV takes this opportunity to endorse two candidates in the November 3rd City election: We endorse Councilmember Farrah Khan for Mayor of Irvine and Larry Agran for City Council.  Although we may be making additional recommendations in the weeks ahead, right now we ask our readers to focus on these two key endorsements in Irvine. 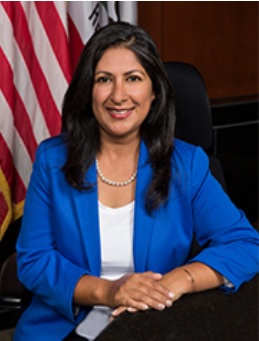 FARRAH KHAN FOR MAYOR: Farrah Khan was elected to the Irvine City Council in 2018, after running an impressive grassroots campaign.

As a leader in the interfaith community, Khan is an outspoken champion of social justice issues.  She is currently challenging self-appointed Mayor Christina Shea, known for her angry rhetoric and her lengthy record of voting for unchecked development and against veterans, immigrants, gays and lesbians, and students and renters engaged in peaceful protests.

Shea seems completely out of touch with Irvine’s diverse constituency, while Khan offers the prospect of bringing the community together at a time of real crisis. 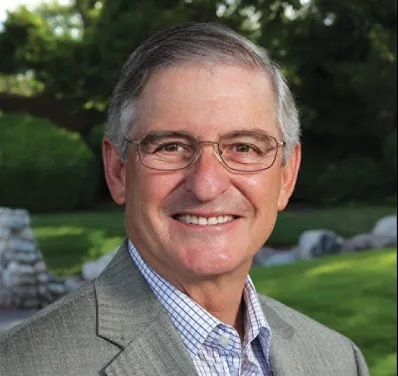 LARRY AGRAN FOR CITY COUNCIL:  At this early stage of the race for City Council, Larry Agran appears to be the leading candidate to unseat appointed City Councilman Mike Carroll.

Educated at UCLA and UC Berkeley, and then at Harvard Law School, Agran’s record as an Irvine office-holder and public interest attorney is legendary:  As Irvine’s Mayor and Councilmember, time and again Agran had the courage to say NO to developers while he led the successful campaigns to achieve Irvine open space preservation; defeat the County’s El Toro airport scheme; and set aside 1,300 acres to create the Great Park.

Most recently, he drafted the successful initiative — signed by 19,790 Irvine residents, but opposed by Carroll and Shea — to build the long-promised Veterans Cemetery at the original “ARDA” site in the Great Park.  We have no doubt that if he’s elected to the City Council, Agran will see to it that the state-funded Veterans Memorial Park & Cemetery will finally be built.  Larry Agran gets things done!

A WARNING:  Throughout the years, Agran has often been vilified by developers — they’ve spent literally millions of dollars on campaigns of lies and smears to defeat him.  Why?  Because they know he’s honest and principled, and his loyalty is to Irvine residents, not developers.  He can’t be bossed and he can’t be bought.  Unbossed and Unbought … that’s another reason to vote for Larry Agran for City Council.

Below is Agran’s campaign website … and Khan’s, too.  Their grassroots campaigns rely on informed Irvine voters … and many hundreds of small donations.  They are sure to appreciate whatever you can do to help fund their campaigns!