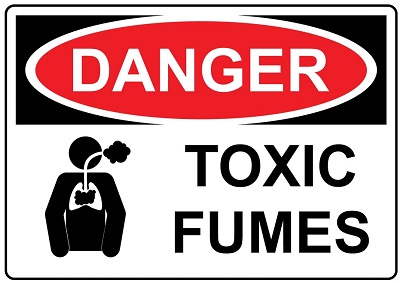 The All American Asphalt Company operates a plant in north Irvine which generates foul odors that have created a public nuisance for many hundreds of homeowners.

Since 2019, the South Coast Air Quality Management District (AQMD) has reported more than 700 complaints from Irvine residents.  Beyond the noxious odors, there are growing concerns about the adverse health effects from the plant’s emissions.

Residents have accused the company of not complying with air quality regulations, resulting in complaints of headaches, as well as eye and throat irritations.  Some homeowners say it has gotten so bad that they are afraid to open their windows and are limiting their children’s outdoor activities. (Research has shown that long-term exposure to asphalt fumes can lead to severe respiratory diseases, and even cancer.)

Hundreds of homeowners have joined forces with UCI researchers to demand action.  More than 2,400 residents have signed an online petition to force the asphalt plant to cease operations in Irvine and relocate.

After meeting with a group of concerned homeowners and UCI scientists, Councilmember Larry Agran submitted a January 20th memorandum to Mayor Farrah Khan, requesting that the Mayor schedule a special public City Council study session.  Mayor Khan responded to Agran’s proposal, stating that the issue must be dealt with by AQMD, and not the City of Irvine.

When asked why a public study session should be scheduled at this time, Agran stated: “This issue has been unresolved for far too long.  Irvine residents believe — and I believe — that the City needs to play a constructive, leading role in this matter.  I think the best thing the City can do right now is to bring all of the parties together, providing an open forum for Irvine residents and others to present important information and offer their perspectives on how best to address this problem.”

Irvine Community News & Views will continue to report on this critical issue.