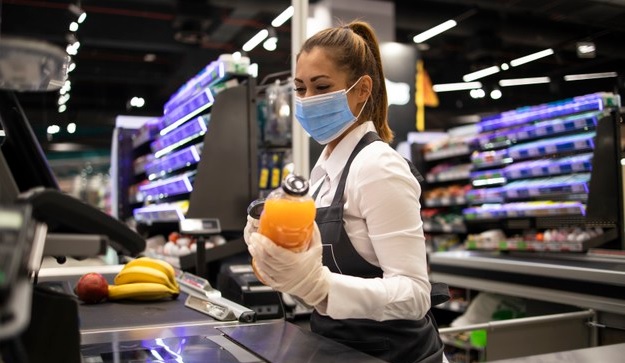 Over the past year, grocery and pharmacy employees here in Irvine — and across the nation — have continued to show up every day to make sure that our families could access the food and supplies we all need.

To show their support for these essential workers, on February 23rd, the Irvine City Council adopted the “Hero Pay” Ordinance that mandates a temporary $4 per hour increase in pay for Irvine grocery and pharmacy employees.  (The Ordinance impacts grocery stores and pharmacies that employ at least 500 workers nationwide and at least 20 workers in each Irvine store.)

The Hero Pay took effect on March 25th and will be in place for 120 days.

Irvine Planning Commissioner, Mary Ann Gaido, recently checked in with employees at her local Irvine grocery stores.  Gaido spoke with two cashiers at Ralphs who told her they were elated when they received the first paycheck with the hourly rate increase.  And when Gaido asked the young women bagging groceries at Gelson’s if any of the store’s staff lived in Irvine, they replied, “Oh, we all live in Irvine!”

Irvine Community News & Views applauds Mayor Khan and Councilmembers Agran and Kim for passing the Hero Pay Ordinance … and we thank our Irvine essential workers for all they have done for us this past year!