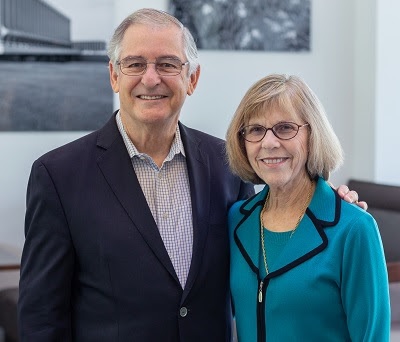 UCI announced that former Irvine Mayor Larry Agran and his wife, Dr. Phyllis Agran have donated $50,000 to help the university establish an endowment fund to support the processing, preservation, and access to Orange County’s Regional History Archives.  In addition to the financial contribution, Larry Agran has also donated his personal and professional papers to the UCI Libraries.

For almost three decades, Agran served on the Irvine City Council — including 10 years as Mayor.  While on the Council, he led the fight to defeat a proposed international airport in what is now the Great Park, and successfully took on developers in the battle to protect thousands of acres of natural habitat by establishing Irvine’s Open Space Preserve. Agran also worked as legal counsel to the California State Senate Committee on Health and Welfare, and taught legislation and public policy at the UCLA School of Law and the Merage School of Business at UCI.

Dr. Phyllis Agran is a practicing Orange County pediatrician, Professor Emeritus at the UCI School of Medicine, and past president of the Orange County Chapter of the American Academy of Pediatrics (AAP-OC).  Dr. Agran has been named 2020 “Physician of the Year” by AAP-OC and is a recognized national expert in pediatric injury control and prevention.  She also serves on the Irvine Unified School District’s Medical Advisory Committee.

The head of Special Collections and University Archivist at UCI, Audra Eagle Yun, stated, “We are grateful to Phyllis and Larry for their contributions not only to the Libraries, but for their impact to the Orange County community.  It is also a privilege to preserve and make available for research the personal and professional papers of Larry Agran, who has been an influential figure in the city of Irvine and the Orange County region for decades.”