Environmental Experts Say the Ozone Layer is On-Track to Recover, Thanks to Two UCI Scientists & Irvine’s Bold Action in the 1980s 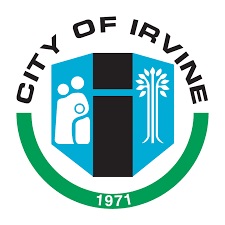 The City of Irvine has a long history of leading when it comes to protecting the environment. In fact, the very first ordinance enacted by the Council after the City’s founding in 1971 limited the removal of mature trees in Irvine. And, our City’s seal depicts a balance between a family and their natural surroundings.

The City of Irvine has also had close ties with the UCI community. Campus scientists, engineers, and policy experts have teamed up on numerous occasions with City staff and elected officials to address the environmental challenges impacting our local community and the world.

The most notable of the actions was the development of a City ordinance eliminating chlorofluorocarbons, or CFCs and other ozone-depleting compounds, used mainly in industry.

The City’s adoption of the ordinance made it onto the front page of the New York Times, where it was described as the “most far-reaching measure” to protect the ozone layer. The Los Angeles Times declared it “the most comprehensive law in the nation.” Bloomberg credited Irvine’s ordinance with “kick-starting the ozone’s recovery,” with other municipalities, states and national governments following suit.

The United Nations honored the City of Irvine with an award for its contributions to global environmental protection. And, the two UCI scientists who partnered with the City, were later awarded the Nobel Prize in chemistry, along with a citation that read: “Your work may well have saved the world.”

Two weeks ago, a United Nations-backed panel of experts announced that Earth’s protective ozone layer is now on track to recover, closing an ozone hole over the Antarctic that was first noticed in the 1980s. The report marks major progress on the crisis first exposed by Sherwood Rowland and Mario Molina at UCI, and addressed at the municipal level by Larry Agran.