The Orange County Registrar of Voters has now completed its work counting all ballots for the November 8th election. Below are the final results: 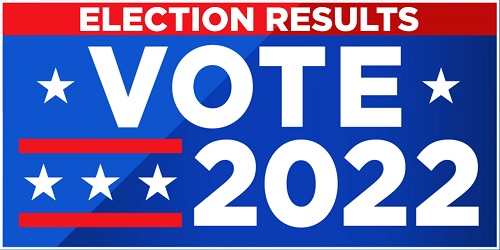 Local Democrats were angered by a last minute stunt by Mayor Farrah Khan intended to damage Congresswoman Porter. Just as ballots were being mailed to Irvine voters, Mayor Khan leaked a text exchange from 2021 between herself and Porter to Fox News. The text exchange from last year was about the policing of a campaign event Porter held in Irvine that was disrupted by aggressive protesters.

With five candidates on the ballot for Mayor of Irvine, Mayor Khan has won re-election against community activist Branda Lin, 37% to 27% (29,628 to 21,560), with the remaining 36% divided among the three other Mayoral candidates. This means that nearly two-thirds of Irvine voters did not vote for Khan. Observers believe that Khan’s low standing with Irvine voters is attributable to her repeated attempts to silence the community at Council meetings and Khan’s close ties with Irvine’s big developers who, in fact, helped fund her re-election campaign and attack her political opponents.

In the City Council race, six candidates ran for two four-year terms on the Council. Incumbent Councilman Larry Agran has won re-election with 31,023 votes. Agran has received 3,751 more votes than his incumbent rival, Anthony Kuo. Agran’s win is remarkable considering nearly half-a-million dollars (yes, you read that right!) was spent by FivePoint, the Irvine Company, and other big special interest groups to defeat Agran and his pro-resident policies while propping up Kuo.

In the Irvine Unified School District (IUSD) race for Trustee District 2, Katie McEwen has won, capturing 66% of the vote.