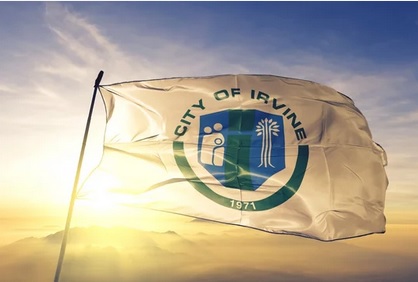 Later this year, Irvine will celebrate its 50th anniversary. From our City’s start in December 1971, we have prided ourselves on being a well planned, forward-thinking, inclusive community. Part of what has made our City so exceptional is the focus that has historically been placed on making life better for residents. That’s why City leaders decided early on to invest in our schools to ensure they are among the best in the nation, and why we have built more parks than just about any other city in America. Irvine adopted the first Human Rights Ordinance in the County, and the City gained international recognition for being the first in the world to ban CFCs and other ozone-depleting chemicals.

Irvine also has a long history of championing citizen participation. Thousands of Irvine residents were encouraged to sign and circulate voter initiatives that eventually defeated the County’s devastating plan to build an international airport in our City. And Irvine voter approval was critical in successfully ending the years-long struggle to establish our beautiful 16,000-acre Open Space Preserve.

However, in the past few years, respect for voters and respect for our local democracy seems to be disappearing in Irvine. For example, back in 2018, voters made it clear that they wanted the long-promised, state-funded Veterans Memorial Park & Cemetery built on the “ARDA” site at the former El Toro Marine Corps Air Station in the Great Park. 63% of voters said NO! when asked to decide if the proposed site should be moved away from the ARDA site.

But, after the election, the Council adamantly refused to move forward. That’s when residents took matters into their own hands. 19,790 Irvine residents signed a ballot initiative petition to legally zone the ARDA site exclusively for a Veterans Memorial Park & Cemetery. Three members of the current Council (Mayor Farrah Khan and Councilmembers Anthony Kuo and Mike Carroll) actually voted to make the citizens’ initiative law so they could keep it off the 2020 City ballot. But ever since, they have deliberately ignored the law, refusing to take even one step forward in building the Veterans Memorial Park & Cemetery, as directed by law and the citizens of Irvine. That wasn’t just underhanded and deceitful, it was a gut-punch to our local democracy.

And now with the Mayor’s undemocratic “Rule of Two” — requiring the support of two Councilmembers to put matters on the Council agenda — the Council refuses to even talk to the voters about critical issues that directly impact thousands of Irvine residents.

It’s gotten so bad that Councilmember Larry Agran had to organize his own community meeting to allow residents in north Irvine to discuss the health concerns of thousands of families impacted by toxic emissions from an asphalt plant. Although Agran’s community meeting was well attended and helped residents feel that someone was listening to their concerns, it is sad that it had to be held by a lone Councilmember.