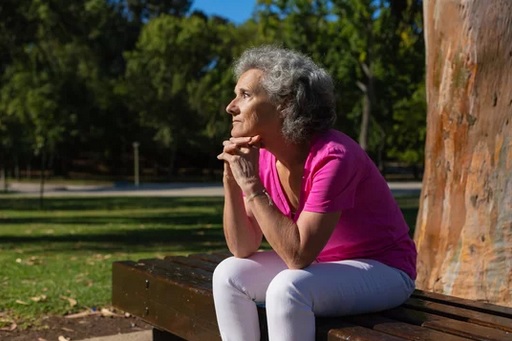 Over the past month, the Irvine-based Veterans for the ARDA Site Cemetery has been busy, reaching out to local and state legislators in an effort to educate political leaders on the latest scheme to derail plans for a beautiful, peaceful Veterans Memorial Park & Cemetery on the “ARDA” site at the Great Park in Irvine, formerly the home of the El Toro Marine Corps Air Station. (The ARDA site is the only property in Orange County that has been studied and approved by the state and federal government for a Veterans Cemetery.)

Most of the members of the Veterans for the ARDA Site Cemetery have been working on behalf of veterans and their families for the past four years — as part of the Build the Great Park Veterans Cemetery (Build Committee). Through their tireless work — and wide community support — the Build Committee has twice successfully stopped billion-dollar-developer FivePoint from grabbing the ARDA site for their own massive development projects.

After failing in their first two land-grab attempts, FivePoint and their political allies have launched a third scheme to derail construction of the Veterans Cemetery at the ARDA site. This time, they want to push the Veterans Cemetery completely out of Irvine and shove it alongside the busy, polluted 91 freeway (Gypsum Canyon), just a few miles from the Riverside County line, and more than 20 miles from Irvine.

Irvine Mayor Farrah Khan, Vice Mayor Tammy Kim, and Councilmembers Anthony Kuo and Mike Carroll have indicated they all support this latest scheme. In fact, Kim and Carroll showed their support by attending a press event at the Gypsum Canyon site in July.

Councilmember Larry Agran — who originally won unanimous Irvine City Council approval for the Veterans Memorial Park & Cemetery on the ARDA site back in 2014 — is the only member of the current Council to continue to champion the ARDA site.

In recent weeks, the Veterans for the ARDA Site Cemetery have discovered that the driving force behind the 91 freeway/Gypsum Canyon site is VALOR, which is a political action committee (PAC) that was established and funded with $800,000 back in 2018 by developer FivePoint, during their first attempt to derail the Veterans Cemetery.

VALOR’s president is Nick Berardino, who is often quoted in local media as providing the “veterans’ voice” when it comes to the Veterans Cemetery issue. Bill Cook, who is listed as treasurer of the FivePoint-backed PAC, is also often included in articles as someone representing the perspective of Orange County veterans. (It’s worth noting that Bill Cook is the only person to have ever been cited and fined for violating our City’s longstanding “Freedom of Speech Ordinance” when he interfered with Build Committee petitioners who were gathering signatures to defeat the first FivePoint scheme.)

Irvine Community News & Views reached out to U.S. Army veteran Ed McNew — a longtime Build Committee member and a leader in the Veterans for the ARDA Site Cemetery — asking him about this latest 91 freeway/Gypsum Canyon scheme. McNew told us: “It is truly despicable that a developer has been allowed to control the fate of our long-promised Veterans Cemetery through an ongoing series of schemes. I have personally gathered thousands of signatures from Irvine residents regarding this issue, and I am quite sure that the vast majority of our Irvine neighbors —young and old — still support our efforts to build a beautiful Veterans Memorial Park & Cemetery on the ARDA site at the Great Park.”

McNew continued: “A week or so ago, it appears that thousands of Irvine residents received an anonymous postcard in our mail, thanking Mayor Khan and Councilmembers Kim, Kuo and Carroll for ‘protecting’ the City from a Veterans Cemetery. While some people may think that breaking a promise to veterans and our families is something to be proud of, the postcard we received felt like a slap in the face to the thousands of veterans who have served and sacrificed for our nation. It is reprehensible that veterans and our families keep having to beg for the Irvine City Council to follow the law and deliver on the City’s promise to provide a final resting place on a small portion of the former military base.”