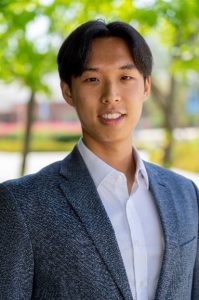 Yohann Byun is an Irvine native, having graduated from Woodbridge High School. Although he was accepted at the University of California at Santa Barbara, he chose to remain here in Irvine and enroll at Irvine Valley College (IVC). Yohann says he chose IVC because he knew it would be a pathway for him to transfer to one of his dream schools — UCLA or UC Berkeley.

The decision to enroll at IVC certainly paid off! Yohann is now preparing to head off to UCLA where he has been accepted into the Business Economics program.

Yohann stated: “IVC professors and staff helped me to gain confidence within myself and seek on-campus involvement!” Yohann credits the college with providing students with the resources required to transfer to elite universities, including top schools here in California.

During his time at IVC, Yohann established a chapter of a national honors society — the National Society of Leadership and Success. He also was active in the Financial Finesse Club, serving as the club’s representative and marketing director. In addition, Yohann was co-coordinator for the Research Opportunities Team within the honors program and was able to enter his own research projects through the IVC/Saddleback Symposium, UCI Symposium, and the Southern California Conferences for Undergraduate Research.

Yohann’s long-range plans include obtaining a CPA (Certified Public Accountant) license. After that, he may pursue a Masters in Taxation or apply to Law School. His goal is to become a tax accountant and eventually the Chief Financial Officer (CFO) for a company.

I want to wish Yohann much success as he begins his next chapter at UCLA!