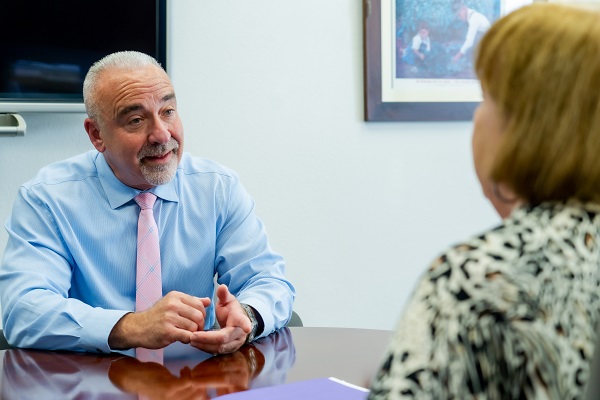 Irvine Valley College (IVC) President Dr. John C. Hernandez has now completed his second year overseeing our remarkable community college. He came to Irvine during the worst period of the COVID-19 pandemic, which couldn’t have been easy. Back in 2020, many community colleges were finding it difficult to transition to online learning models.

Recently, I had the opportunity to sit down with John to discuss his first two years at IVC. I wanted to learn a bit more about his background and to find out what motivates him, and what he hopes to accomplish in the next few years.

Many of the students attending IVC come from immigrant families and are the first in their family to attend college. That is something John can relate to. My first question dealt with John’s own unique American experience, having come to this country from Cuba at the age of seven. I asked him how his personal journey has influenced his position as IVC president.

“Well, I think it has influenced my leadership even before becoming a college president,” John said. “My life experiences mirror those of many of our students, which gives me a lens and a perspective of relating and understanding.”

John continued: “My own journey provides an added awareness of the unique needs of our students, especially those who did not grow up speaking English at home. The immigrant experience has been bumpy at times in this country. I understand that because I lived it. One of the things that I appreciate most is my ability to share that experience with students — to let them know I understand what they are going through, because I too have had to navigate through this complicated college experience at times.”

John concluded: “My first couple of weeks here, I received a random email from an IVC student who has the same name as me. He congratulated me on becoming IVC president and said that I had become an inspiration for him because he had never known anyone with our shared last name in a leadership position. I love that students can see their own potential through my story.” 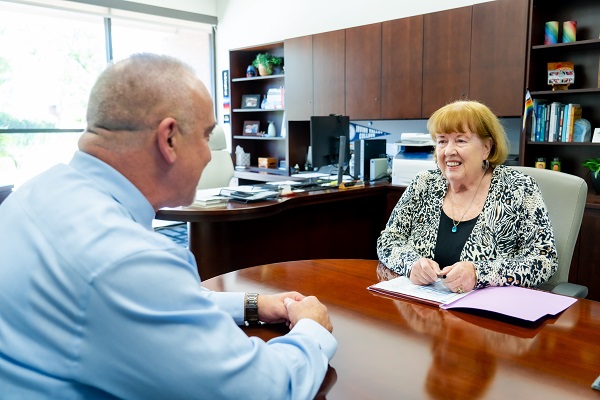 Reading through John’s resume of accomplishments is quite inspiring. He’s held numerous administrative positions in the past, so I asked how those jobs prepared him for his role at IVC.

John answered: “To be perfectly honest, I never thought about being a college president, even though I spent so many years in education. That was just not a role I had ever envisioned for myself. I knew I wanted to do administrative work. The goal was to become a director, and then move on to associate dean, dean of students and, ultimately Vice President.”

John continued: “To be honest, I thought I had landed my dream job when I became Vice President at Santiago Canyon College (SCC). It took me 11 years, and a lot of prodding from others, to even apply to become President of SCC. And, then that position led me here to IVC.“

John explained: “Today’s generation is very different. People want to get from point A to point Z in a very short amount of time. I have always believed that you should learn your craft before you’re ready for the next challenge. That’s why it took me 20 years as an administrator and 11 years as a vice president before I could even see myself in the role of a college president.”

John continued: “Although I began my career wanting to become a counselor working one-on-one with students, I soon realized that I could make a greater difference in students’ lives if I became an administrator. Through that role, I could influence policy development and facilities allocation. Administrators determine how we prioritize things.”

John concluded by saying: “I felt prepared to come to IVC after serving as president of SCC. But nothing in my background prepared me to lead a community college in the midst of a global pandemic. So that was a learning curve for all of us.”

Speaking of the pandemic, I asked John if he had accomplished the initial goals he set for himself when he first came to IVC in 2020.

John replied: “I originally wanted my first year to be spent learning about the college, the district, and the community it serves. Although my initial goal was to engage one-on-one with students, faculty, and staff, that was just not possible due to the COVID-19 pandemic, and the fact that everything was happening remotely.”

John continued: “My focus then shifted to creating community in a virtual space. Looking back, I now realize that much of that first year felt like emergency management because I was constantly having to respond to the uncertainties around COVID-19. I have always begun a new position by listening and learning. I never want to come up with a new set of goals before fully understanding the rationale for the existing strategic plan and related college planning documents.”

John explained: “When I first applied for the position at IVC, it was clear that the college was looking for a leader who would embrace, facilitate, and advocate for diversity, equity, and inclusion. IVC has a history of understanding that diversity among our students is an asset, not a deficit. I immediately gravitated to that mindset. Everyone here at IVC — our educators and staff —is focused on creating an environment so that every student’s unique experience is an opportunity for success.”

John told me that another top priority during his first year was defining the future of on-line education. Prior to the pandemic, only about 14% of IVC classes were held online. The pandemic forced everyone to learn new technology in order for the school to offer a positive learning environment in a virtual setting.

John concluded: “The majority of our students are part-time. In fact, 59% of IVC students work, with 27% of students working more than 20 hours each week. It is no wonder that our students are embracing — and even demanding — more flexibility regarding instruction. When the pandemic is over, I hope we do not make the mistake of trying to go back to the way it was before the pandemic. Students have made it clear that they prefer the flexibility that online learning affords them.”

Our conversation then shifted to the work IVC does to prepare students to transfer to a four-year program. IVC continues to lead among all Orange County community colleges when it comes to transfer rates to UCI and UCLA. Not only is the transfer rate high, but students who transfer to the Cal State University and UC systems do very well academically.

IVC has partnered with UCI to provide a clear path for students who want to get into UCI’s science and engineering programs. The UCI-IVC Engineering Academy provides IVC students who successfully complete the program and meet academic standards guaranteed admission into UCI’s Samueli School of Engineering.

John told me: “Right now, we do a great job preparing our students to transfer to the UC and Cal State programs. However, I believe that if we are going to truly reflect the needs of our community, we must connect and help train the workforce in the emerging fields of technology. We need to think about how exactly we are going beyond the transfer mission and really create and expand our career educational offerings.”

John and I also discussed the school’s multitude of theatrical, dance, and music performances at the college’s beautiful, state-of-the-art Performing Arts Center that is open to the entire Irvine community. If you haven’t attended an event at the IVC performing arts center, I encourage you to do so. Ticket prices are reasonable. For a list of upcoming performances, visit ivc.edu/pac

As one of the elected South Orange County Community College District Trustees, I couldn’t be prouder to live in a city that is home to such a wonderful community college. I want to take this opportunity to publicly thank Dr. Hernandez for sitting down with me for such a lovely discussion.