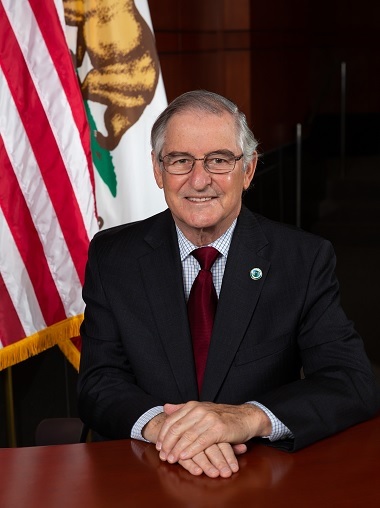 During the May 10th Irvine City Council meeting, Councilmember Larry Agran used his 3-minute time allocation during the “Announcements” portion of the meeting to publicly state his concerns regarding the lack of transparency at the Orange County Power Authority (OCPA).

The City of Irvine is funding the Power Authority through 2022. So far, $7.7 million of Irvine taxpayer money has been advanced to the OCPA, with no oversight by the City.

Agran has repeatedly requested that a full report be provided at a public City Council meeting regarding the status of OCPA. Due to Mayor Farrah Khan’s unpopular “Rule of Two” — requiring support from a second Councilmember — Agran’s latest request didn’t make it onto the May 10th Council meeting agenda, which is why Agran said he was forced to voice his concerns publicly during the Announcements portion of the Council meeting.

Below is Councilmember Agran’s full statement:

I regret to report that each of these promises has been broken.

In the two minutes left to me, I want to report about the broken promise of transparency. As an Irvine City Councilmember, I have repeatedly requested — and I’ve been denied — full disclosure and an agendized City Council discussion regarding OCPA’s organization; its operations; and its finances.

So now, here we are at a critical juncture. OCPA launched its operations as electricity provider for all Irvine business and commercial customers on April 1st, to be followed as electricity provider for all Irvine residential customers on October 1st. And yet, today, we have scant public information about which Irvine businesses decided to remain in OCPA; which have opted-out; and most important, we don’t know whether OCPA’s revenues are meeting projections.

By its own account, OCPA projects a net loss of $42 million in its first two years of operation. If OCPA incurs a greater-than-expected revenue shortfall among business and commercial electricity customers, the Power Authority could lose even more than that, threatening the viability of the entire enterprise. And if OCPA fails, Irvine taxpayers will lose not just the $7.7 million already advanced to OCPA … but potentially tens of millions of dollars.

If that sounds alarming, it is. Right now, there is no transparency and absolutely no City oversight of OCPA. And that spells trouble ahead.