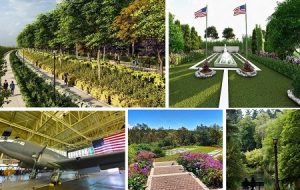 During Tuesday’s (July 26th) Irvine City Council meeting, a discussion is set to take place regarding the 125-acre “ARDA” site at the Great Park.

For nearly six decades, the ARDA site was an integral part of the iconic El Toro Marine Corps Air Station (El Toro MCAS). When El Toro MCAS was decommissioned, a portion of the former base became the Orange County Great Park. To create a lasting tribute to the service and sacrifice of our veterans, the City of Irvine made a public commitment to build a beautiful, peaceful Veterans Memorial Park & Cemetery on the ARDA site.

In fact, there have been two citizen-led ballot measures regarding the ARDA site. In both cases, nearly 20,000 Irvine resident signatures were gathered to qualify the measures for the ballot. And, Irvine voters overwhelmingly defeated the previous Council’s scheme to hand the ARDA site over to FivePoint for massive development — 63% of Irvine voters said NO!

Last year, Mayor Farrah Khan and Councilmembers Anthony Kuo, Mike Carroll and Tammy Kim broke their promises to support the Veterans Memorial Park & Cemetery on the ARDA site. The four ignored the will of the people and voted to support putting a State-funded Veterans Cemetery at a completely different site, 20 miles from Irvine, out towards Riverside County.

Shortly after their vote to abandon the long-promised, voter-approved Veterans Memorial Park & Cemetery in Irvine, Khan, Kuo, Carroll and Kim began championing a different option for the ARDA site — an expensive, decades-long project to build a huge botanical garden that has nothing to do with veterans or the former military base.

Councilmember Larry Agran has repeatedly asked his Council colleagues to support his proposal to clean up the ARDA site and build a beautiful, environmentally-friendly Veterans Memorial Park — filled with trails, forests, memorial gardens, and an aviation museum. (Agran’s proposal includes a botanical garden.)

Agran says that “a Veterans Memorial Park would not only honor our City’s rich military history but would also offer an aesthetically-pleasing amenity for residents in the area. And, it could be built quickly, without raising taxes or generating massive amounts of outside traffic.”

Agran’s proposal has been well received from a diverse group of community members, including many hundreds of Irvine veterans and their families.

A discussion of Agran’s Veterans Memorial Park plan has been added to both the July 26th Great Park board meeting (3pm) and the City Council meeting that begins later that same afternoon.

Meetings are televised live on Cox channel 30. For instructions on how you can participate in City Council meetings, click here.