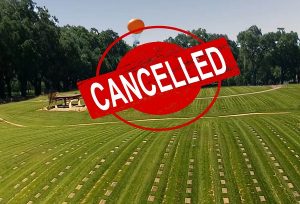 On July 23rd, the Irvine City Council voted 4-1 to cancel all City plans for a Southern California Veterans Memorial Park & Cemetery at the ARDA site in the Great Park.

The Council received hundreds of emails and calls from the public — and listened to over three hours of testimony from dozens of Irvine citizens — urging the Council to move forward with the Veterans Cemetery at the ARDA site. In a maneuver clearly orchestrated by Mayor Christina Shea, newly-appointed Councilmember Mike Carroll introduced a resolution designating a new and never-studied second “Golf Course” site, as the location for the Veterans Cemetery. Carroll’s resolution was passed 4-1, with Councilmember Melissa Fox voting to oppose the motion.

Fox stated that she had only learned of the second “Golf Course” site a week ago.

The vote comes as State legislators continue to support and advance AB 368 — a bill that designates the ARDA site as the location for the State Veterans Cemetery. AB 368 has unanimously passed the State Assembly as well as the State Senate Committee on Veterans Affairs. It is likely to pass the State Senate later this summer. $24.5 million in first-year funding has been budgeted for the ARDA site.

With Tuesday night’s Council vote, it is unclear as to the future of AB 368 and the funding that has been budgeted for construction at the ARDA site.

The never-studied, hastily reconfigured “Golf Course” site, will require years of studies and approvals — which means construction of the Veterans Cemetery will once again be delayed indefinitely.

As Irvine Community News & Views has reported, Mayor Shea has waged a five-year battle to defeat plans for the Veterans Cemetery at the ARDA site. Shea, now joined by Councilmembers Anthony Kuo and Mike Carroll, all appear to strongly prefer handing the ARDA site over to developer FivePoint. (FivePoint spent hundreds of thousands of dollars to help re-elect Shea in 2016 and elect Kuo in 2018.) During the Council meeting, Shea spoke in favor of rezoning the ARDA site for commercial development. However, as Councilmember Fox pointed out, there are already plans to build two other shopping centers in the general vicinity.

UPDATE:  Since publishing this article, Irvine Community News & Views has learned that days before the Council’s July 23rd vote, Mayor Shea, joined by Councilmember Anthony Kuo and City staff, told a small group of Great Park Neighborhood homeowners that her intention in promoting a new site was to stop the State from building the Veterans Cemetery at the ARDA site.

As revealed in a video, recorded at what Shea later complained was supposed to be a “private meeting,” the Mayor said the selection of the “Golf Course” site was a “diversion” and a “short-term solution.”

Thinking her remarks would never be made public, Shea further disclosed that she wants to hand over the 125-acre ARDA site at the Great Park to a developer — presumably FivePoint — by granting an unprecedented “99-year lease” for commercial development.

Shea’s scheme to replace the Veterans Cemetery at the ARDA site with commercial development is similar to the Shea/FivePoint referendum (Measure B) that was overwhelmingly rejected (63% to 37%) by Irvine voters in June 2018.

To watch the video with the Mayor discussing her plan to stop the State from moving forward with construction of the Veterans Cemetery, click here.