Breaking the Taboo on Talking About Climate Change

We were reminded in the June issue of ICNV that in the late 1980s, the City of Irvine led the country in tackling the atmospheric ozone depletion problem — a problem that has since been solved.  This is inspiring, and challenges us to address the climate change crisis, today.  I hope we take up the challenge, for if we do, we will not be alone.  There are cities as big as New York and as small as Del Mar, to our south, already doing things to address climate change locally and bring focus on the problem nationally.  No doubt, Hurricanes Harvey and Irma will provoke conversation about the effects of climate change on our weather and the way we live.

Cities are currently following different routes to the same end, and they’re all good.  Some cities are withdrawing their investments from petroleum companies, and the fossil-fuel industry.  Eleven have passed municipal resolutions asking Congress to adopt legislation to address climate change.  Thirty-five cities, including 12 in California, have been more specific, passing resolutions asking Congress to pass revenue-neutral, carbon-tax-and-dividend legislation.  The “dividends” are returned to individual households.  The imposition of import tariffs will cause other countries to reduce the carbon content of their products.

San Diego is following its own path and has pledged in a legally binding way to reach a goal of 100% renewable energy by 2035.  Irvine should do the same!

Regardless of what path we take in our respective communities, this is what we all need to do:  Bring up the subject of climate change, and start talking about it!  Dr. Katharine Hayhoe, an evangelical Christian and climate scientist who was named on Time magazine’s list of 100 Most Influential People in 2015, and appeared last fall with President Obama and Leo DeCaprio at the White House, recently told a UCI audience that the most important thing a person can do to address climate change is talk about it.  The taboo many people feel about openly discussing climate change needs to be broken.

What was missing from President Obama’s original 2009 Climate Plan that failed in the Senate was the voice of the public.  Still today, too few Americans are speaking out. In the absence of open, constructive dialogue, Democrats are reflexively being labeled as believers in climate change while Republicans are assumed to be doubters or deniers, and neither party is pushing Congress to act. 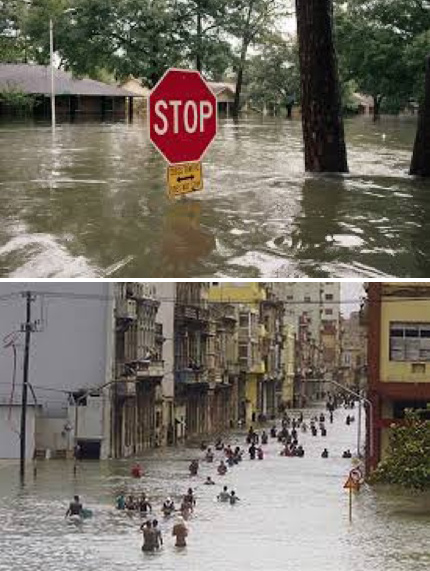 In reality, there is a lot of good news today that should encourage Irvine and other Orange County cities to engage, but you have to look behind the headlines.  President Trump has installed a raft of politicians who are dismissive of climate science; but, his poor choices haven’t changed the fact that a huge majority of Americans, including a majority of Republicans, believe we need to address climate change.  Trump has also inadvertently fired up the American people.  Climate Change, immigration and health care are the top three issues of motivated groups like “Indivisible.”  A thousand people showed up on May 9th, at Irvine’s Northwood High School, for a Rep. Mimi Walters town-hall meeting to discuss issues with or without her.  (It turned out to be without her — she was a no-show!)

There is some evidence that the Republican Party is finally stirring.  There are now more than 20 signers of the Republican Climate Resolution, which acknowledges the need to address climate change.  The growing bipartisan House Climate Solution Caucus now numbers more than 50, half of them Republican.  And, climate change has brought 8 Republican luminaries out of retirement, including George Shultz, James Baker III and Henry Paulson, who are all proposing a revenue-neutral carbon “tax-and-dividend” plan of their own.

For me, the job is clear:  Explore options and move the Irvine City Council to act.