Another Milestone for the “Build the Great Park Veterans Cemetery” Campaign 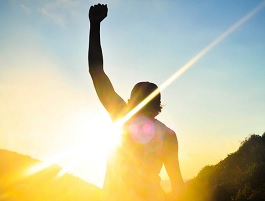 In an historic victory last year, the all-volunteer Build the Great Park Veterans Cemetery (Build) committee was able to stop multi-billion-dollar developer FivePoint and their ballot referendum (Measure B) that would have allowed FivePoint to build nearly a million square feet of office, industrial, and apartment projects on the “ARDA” site in the Great Park.  This site had previously been designated for a state Veterans Memorial Park & Cemetery on the former El Toro Marine Corps Air Station.

This year, the Build committee joined forces with a group of Orange County state legislators to introduce and support a bill (AB 368) that would provide for the State to build, operate and maintain — at no cost to the City of Irvine — the Southern California Veterans Cemetery at the ARDA site.

In a rare show of bipartisanship, the Build committee recently secured unanimous approval of AB 368 in the State Assembly!  The bill now moves on to the State Senate for action this summer.

However, in order for construction to begin after AB 368 passes, the City must transfer the ARDA site to the State.  Irvine Mayor Christina Shea seems intent on blocking that transfer so that she can hand the site over to FivePoint for massive development.

That’s why the Build committee is now preparing to launch an initiative campaign that will direct the City to transfer the ARDA site to the State so that construction can begin as early as this year.

Irvine Community News & Views is proud to be a financial supporter of the initiative campaign, but the Build committee will need a lot of small donors who are able to contribute $25, $50, or $100 to ensure the campaign has the resources necessary to obtain the 20,000 signatures required to qualify the initiative for the ballot.  Click here to join the fight!