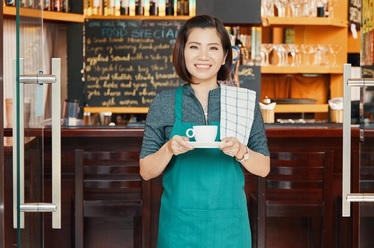 On April 1st, all businesses operating in the City of Irvine will be transferred from their current provider of electricity, Southern California Edison (SCE), and enrolled in the new Orange County Power Authority (OCPA).

Irvine businesses will automatically be enrolled at the “100% renewable” rate — this means electricity generated from climate-friendly renewable sources such as solar and wind rather than relying on fossil fuels.

All Irvine residential customers will be transferred over to OCPA in October, also at the 100% renewable rate.

According to a recent article in the Voice of OC, the Power Authority originally promised cities that joined OCPA that customers of electricity would be receiving cleaner energy at less expensive rates than SCE. The article referenced a City of Fullerton staff report from November 2020 that promised “the program would bring millions in savings” every year.

However, once OCPA began releasing their energy rates, it was discovered that Irvine businesses and households will pay more than they currently pay for electricity provided by SCE.

During the February 8th City Council meeting, Irvine City Manager Oliver Chi provided a presentation showing that small businesses that currently pay, on average, $200 per month for electricity will pay $13.50 more; medium-sized businesses will pay $1,350 more each month; and large commercial customers will pay an additional $6,000 per month or more.

Commercial customers can “opt-out” of OCPA — to stay with SCE — up to five business days before the launch date of April 1st.

The cities of Irvine, Fullerton, Huntington Beach, and Buena Park make up the OCPA. (Lake Forest pulled out last year and, so far, the other 29 cities in Orange County have chosen not to join the Power Authority.)

The City of Irvine is responsible for funding the OCPA through the end of this year. Up until now, more than $7.7 million of Irvine taxpayer money has been advanced to the Power Authority, without any oversight by the City Council.

Business owners who have questions about the new electricity plans and rates can call the OCPA at 1-866-262-7693.