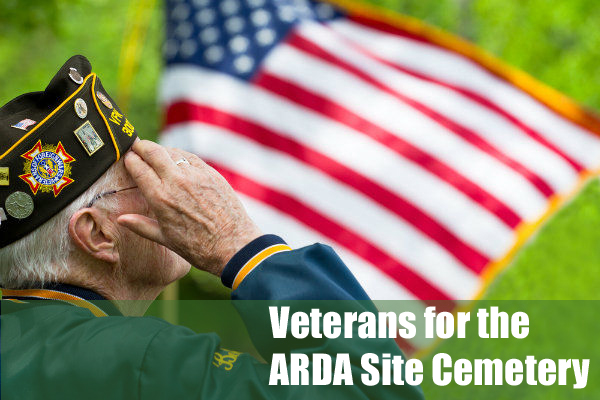 In recent weeks, members of a newly formed organization of Orange County veterans — Veterans for the ARDA Site Cemetery — have been hard at work contacting the State Legislature regarding the long-promised Veterans Memorial Park & Cemetery that was scheduled to be built at the former El Toro Marine Corps Air Station on the “ARDA” site at the Great Park in Irvine.

The all-veterans organization is led by longtime Irvine resident and U.S. Air Force veteran pilot Frank McGill, who flew combat missions in Vietnam. Veterans from all branches of the U.S. military established the new all-veterans organization to underscore the fact that the Irvine voter-approved ARDA site is the preferred location by the vast majority of Orange County veterans.

Most of the members of the new all-veterans organization have been working as part of the four-year-old Build the Great Park Veterans Cemetery (Build Committee).

The Build Committee is a grassroots Irvine-based organization whose members successfully gathered nearly 20,000 signatures from Irvine residents twice to stop billion-dollar-developer FivePoint from grabbing the ARDA site for their own massive development projects. The Build Committee successfully forced the Irvine City Council to adopt their citizens’ petition to zone the ARDA site exclusively for the State Veterans Memorial Park & Cemetery.

Over the past year 1,483 Orange County veterans and their family members have contacted the Build Committee to voice their support for the ARDA site. Several hundred included personal stories of service and sacrifice.

McGill reports to us that the Veterans for the ARDA Cemetery committee has already begun reaching out to legislators in Sacramento to alert them that the latest “alternative” site for the Veterans Cemetery in Gypsum Canyon is the third diversion tactic by a political action committee (PAC) called VALOR. VALOR was established and funded back in 2018 by developer FivePoint and is currently led by Nick Berardino who is often quoted by local media as speaking on behalf of all veterans. (Berardino is a registered lobbyist for the FivePoint-funded VALOR PAC.)

Irvine Community News & Views will continue to update our readers on the latest developments regarding the State Veterans Memorial Park & Cemetery.