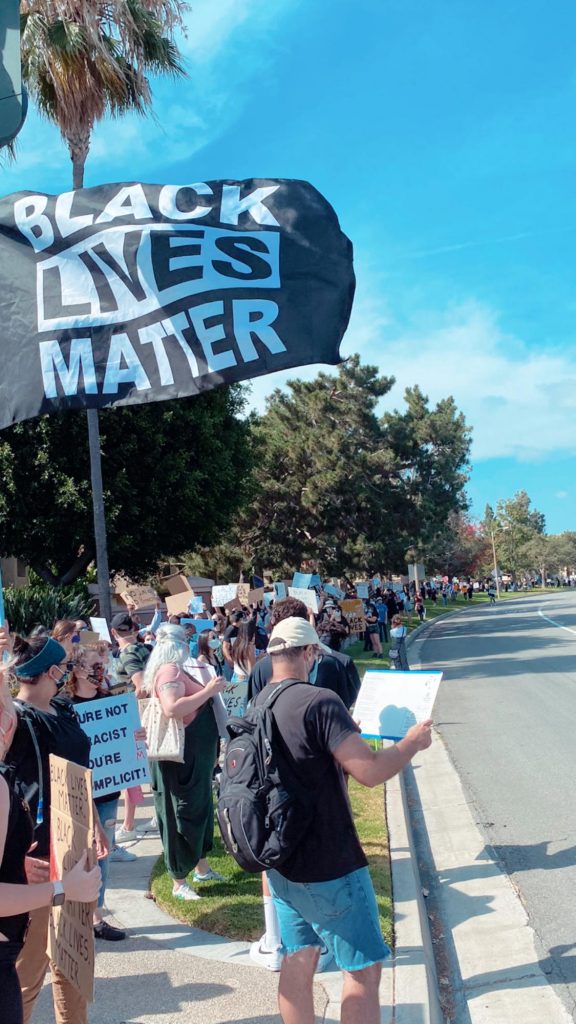 People began to gather in the afternoon on the steps by the flag pole at Bill Barber Park.  The event began around 3pm with fewer than 100, but quickly grew as more people, of all ages, continued to show up, many with signs, flags, and shirts supporting the Black Lives Matter movement.

At 3:30pm, the two black female organizers introduced themselves and spoke about the importance of gathering on Juneteenth, the anniversary of the emancipation of the last remaining slaves in the United States.

The large crowd then began a short march, safely on the sidewalk from Bill Barber Park to the lawn area in front of City Hall.  (The route started on Harvard, continued up to Barranca, down Paseo Westpark, and then across Alton back to the City Hall.) 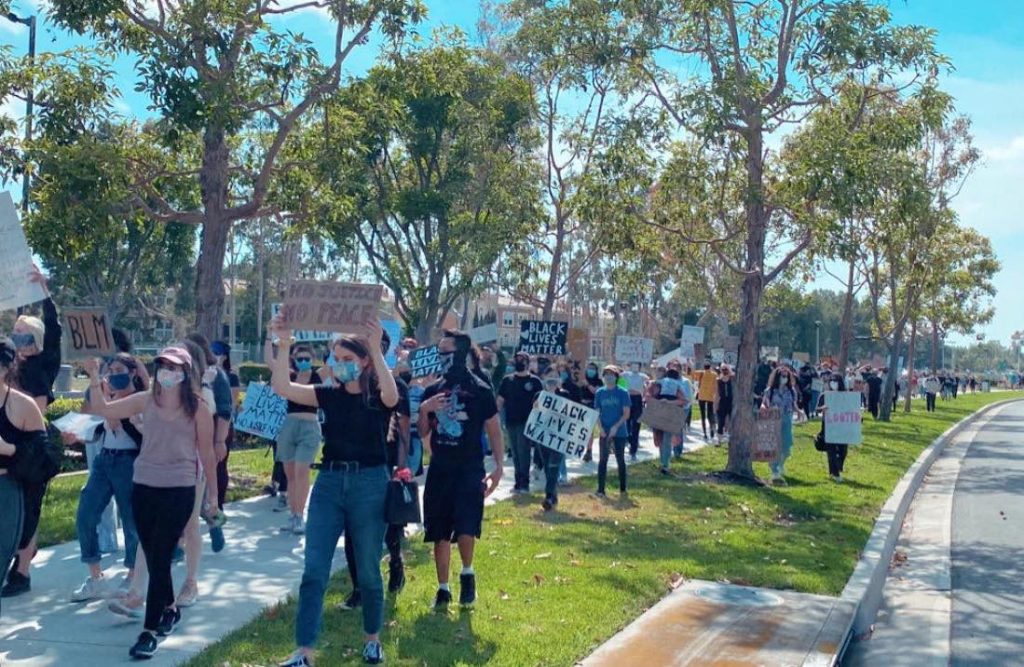 Chants along the march ranged from: “Black Lives Matter,” “Say his name – George Floyd,” “Say her name – Breonna Taylor,” to a local chant of “Vote out Shea!”  (The local chant was in reference to currently appointed Mayor Christina Shea’s derogatory comments on social media about the Black Lives Matter protesters.)

By the time the march returned to City Hall, the crowd had grown to 500.  I overheard several people talking about how happy they were to see so many people in attendance (almost all of whom were wearing masks and doing their best to follow the physical distancing guidelines).

A number of speakers shared their own experiences about racial injustice, as packed lunches and waters were distributed to the crowd.

At sunset, a candlelight vigil took place in remembrance of the black lives that have been lost unjustly.