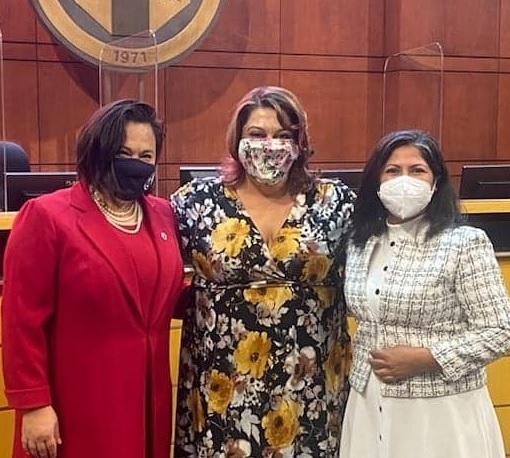 The news set off a wave of demands from Democrats throughout the County that Rafiei step down from her Party posts and her position on the Orange County Fair Board. However, Mayor Khan tweeted a defense of her close friend, mentor and 2020 campaign manager.

OC Democratic Party Chair Ada Briceño, a Rafiei ally, called on her to resign her Party and Fair Board positions. So did State Senator Tom Umberg, who supported Rafiei for State Party Secretary, State Senator Josh Newman, and the Chair of the California Progressive Caucus, Amar Shergill.

“She had a duty to put the Party first, but hid her arrest from delegates,” Shergill tweeted. “She must resign.”

Khan, however, had a different take on the situation in her tweet, two days after news of the investigation broke.

“Assumptions and misinformation are at an all-time high right now,” Khan wrote, followed by an “official statement.”

In the statement, Khan sought to distance herself from the alleged bribery scheme, asserting that “I was not a member of the City Council at that time.” However, the FBI stated in court documents this week that it monitored meetings and phone calls involving Rafiei and Irvine officials in the summer of 2019, when Khan was indeed on the Council.

Khan then wrote, “I also want to be unequivocal in my support for my friend and advisor, Melahat Rafiei. I have seen her integrity and ethics up close and personal. She is a leader who deserves credit for rooting out this corruption.” 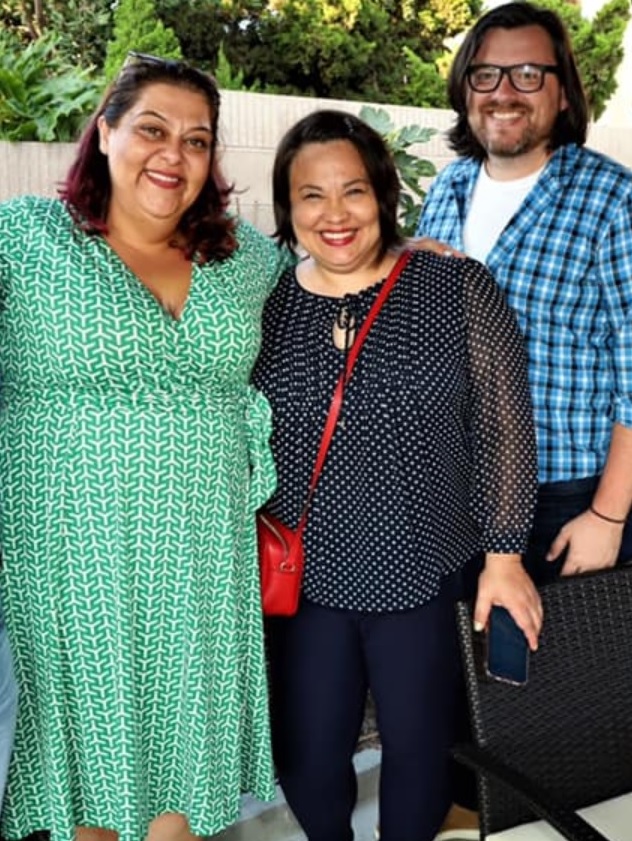 Mayor Khan’s re-election campaign this year is being run by Progressive Solutions, and Rafiei’s colleague in the firm, Cory Allen, is Khan’s 2022 campaign manager. Allen was also hired by Khan in September to be her Chief Executive Assistant, a City-paid position, raising ethical concerns.

Meanwhile, Councilmember Tammy Kim, whose 2020 campaign also was guided by Rafiei, initially offered Rafiei some support, telling Voice of OC that Rafiei is “innocent until proven guilty.” But she later added that Rafiei should step away from her various posts while the investigation is underway. Then, in a tweet, Kim abandoned Rafiei altogether, without naming her. Under a banner proclaiming “I stand against corruption” she wrote, “I have a message to any individual who attempts to bribe members of our city council – past, present or future – you have no safe harbor with me.”

Other Irvine officials were less ambivalent. “I have no comment at this time,” said Councilmember Larry Agran, “except to say that I’m trying to absorb and fully understand the nature and extent of the corruption that apparently began in Irvine three or four years ago.”

“I am very concerned,” said Irvine Planning Commissioner and former Councilmember Mary Ann Gaido. “These allegations need to be looked into and day-lighted so that our residents can have confidence in their elected officials.”

Rafiei had not replied to requests from ICNV for comment as of press time.

Rafiei’s arrest some 2½ years ago was not previously known because she immediately turned state’s evidence and became Confidential Witness 1 (CW1). As part of her apparent deal with the FBI, Rafiei began meeting with Anaheim officials while carrying an FBI recording device. Those meetings were instrumental in the investigation of widespread corruption in Anaheim that recently burst into the headlines with the arrest of former Anaheim Chamber of Commerce CEO Todd Ament.

An affidavit by FBI Special Agent Brian Adkins, filed to support a request for an arrest warrant for Ament, mentioned the role played by an individual identified only as CW1 (later revealed to be Rafiei). It said that CW1 was a cannabis consultant who proposed to a client company that they give her money to bribe two Irvine City Councilmembers for a favorable ordinance governing cannabis businesses in the City.

Two principals of the client company — identified by the OC Register as Terra Tech — went to the FBI, which was able to record subsequent meetings and phone calls in the summer of 2019, FBI agent Adkins wrote. CW1 was arrested October 28, 2019, the affidavit says, “and CW1 subsequently agreed to cooperate with the FBI in this [Anaheim] investigation. The complaint was dismissed without prejudice at the request of the government,” meaning the charges can be re-filed at any time at the discretion of prosecutors.

Rafiei confirmed rampant speculation that she was CW1, telling Voice of OC that in 2019 she was “approached” by FBI special agents who “wrongly believed” that she had tried to “improperly influence” Irvine officials.

“I cooperated fully with the FBI,” she further stated, “doing what I could to help in their effort to root out corruption in Anaheim city government.”

The FBI’s Adkins painted a somewhat different picture in his affidavit. He wrote that based on his and other special agents’ interactions with CW1, “I believe CW1 lied to FBI [special agents] during CW1’s interview on October 28, 2019. I also believe CW1 has omitted material facts to investigators throughout CW1’s cooperation with the FBI, including additional instances where CW1 has offered to pay bribes to elected public officials. However, the FBI has relied on information provided by CW1 in instances where such information has been deemed credible by way of corroboration.”

Adkins also poured cold water on the idea that Rafiei was a civic-minded citizen eager to help in the investigation. “Based on the government’s interaction with CW1 and CW1’s counsel, I believe CW1’s motive for cooperating in this investigation was to receive leniency for the federal criminal violation CW1 was originally arrested for, as well as other possible criminal conduct,” he wrote.

Adkins even implied that the FBI and Rafiei are now at odds, saying, “CW1 and the government have not been able to reach an agreement on a pre-indictment resolution, and at this time, there is no further cooperation expected.”

“The government has not made any promises of leniency to CW1 or CW1’s counsel,” Adkins pointedly noted.