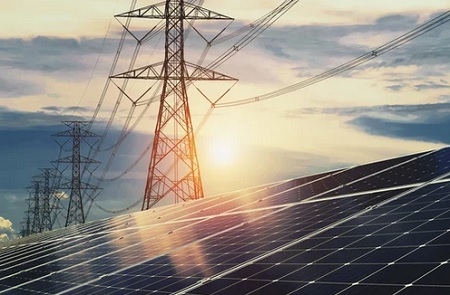 On Tuesday (January 17th), the new Orange County Power Authority (OCPA) Board of Directors met. Irvine Councilmember Kathleen Treseder wasted no time getting down to business. Literally two minutes after being sworn-in as a new board member of the troubled agency and then elected Vice Chair, Treseder looked CEO Brian Probolsky in the eye and said: “In order to reform the OCPA … we need to replace the CEO.”

It was a stunning moment. As Treseder explained to the board, the Irvine City Council had voted 3-2 in December against leaving the Power Authority, which has been mired in controversy since its inception. That meeting was called at the request of Councilmember Larry Agran, who has questioned the viability and management of the OCPA for two years. Agran proposed that the City give notice of its intent to withdraw from OCPA, effective July 1st, with the caveat that the withdrawal would be rescinded if OCPA has taken concrete steps to address the many agency problems identified in the Orange County Grand Jury report and County of Orange audit and review.

Councilmember Mike Carroll, who had chaired the OCPA board up until that time, supported Agran’s proposal to leave the agency, saying he feared Irvine would be “left holding the bag” if OCPA failed.

Treseder was the swing vote against Agran’s proposal, saying at the time that she wanted to try to reform the agency, starting with replacing Probolsky, and take the issue up again in June. By not adopting Agran’s proposal in December, the City is now locked into OCPA until at least 2024.

Treseder is calling for the removal of Probolsky and the board’s general counsel, Ryan Baron. She upped the ante, saying she has requested a February 1st special meeting of the Irvine City Council to again look at withdrawing from OCPA.

“If we have indeed replaced the CEO and the general counsel, then I expect I will vote to stay in the OCPA,” she said. “If we have not, I will of course look at all the facts, but I will likely vote to leave.”

After the meeting, Probolsky scheduled a special meeting of the board for Friday, January 20th at 12 noon. The only agenda item is a closed session to discuss “possible litigation.” In June, a move to replace him as CEO prompted Probolsky to file a complaint against board members alleging corruption and to claim whistleblower status, which would preclude any action against him.

OCPA was created by the Irvine City Council in late 2020, and Irvine loaned the new agency $7.75 million to pay start-up costs and help secure a $35 million line of credit for the agency. The OCPA was originally promoted as an agency that would provide electricity from “green” sources at rates below what Southern California Edison (SCE) charges. Supporters also said that as a public agency OCPA would be totally transparent, in contrast to the investor-owned, for-profit SCE.

In fact, when all residential ratepayers in its member cities were automatically switched to OCPA last October, its rates were significantly higher than SCE’s for the same ratios of “green” to traditional energy.

The agency has also refused to make basic information public or even provide it to board members or member cities when they request it. An Orange County Grand Jury report last year was scathing in its review of the OCPA’s insular leadership and general opacity. Meanwhile, the OCPA board approved a social media policy that allows its staff to remove critical comments from agency sites and even ban selected users who criticize the agency.

Frustrated by the lack of information and cooperation, Irvine and Orange County both invoked their rights to conduct formal audits of OCPA. Both audits have been  hampered by the agency’s foot-dragging in turning over necessary documents. As a result of the County’s audit, the Board of Supervisors voted to withdraw from OCPA.