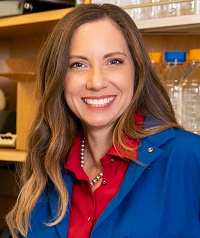 A new voice has come to the Irvine City Council, with Kathleen Treseder who was sworn-in at the December 13th post-election organizational meeting. And that voice will be calling for completion and implementation of the City’s Climate Action Plan, elimination of corruption at City Hall, and restoration of citizen input and public review of City policies and projects.

Treseder, a UC Irvine professor and environmental activist, attracted 29,440 votes, which was enough to grab the second open Council seat in the November 8th election. Incumbent Councilmember Larry Agran topped the field with 31,023 votes, capturing the top seat. The other incumbent, Anthony Kuo, came in third and thereby lost his seat.

The newest member of the City Council recently sat down with Irvine Community News & Views to preview some of the issues and actions she is preparing to tackle in her new role.

Treseder on Irvine’s Climate Action Plan
“I’m anxious to move forward on a Climate Action Plan, which has been stalled for the last year or so,” Treseder stated. “I want to get it started back up, but it will take some work.….Right now, I’m trying to do forensics on what has been done so far. I double-checked with staff, and there’s no draft. So, we’re starting from ground zero really.” She noted that a consulting firm has been retained by the City and is moving forward with stakeholder outreach, but said, “The consultants are not reaching out to the community or enough environmental justice groups. They seem mostly to be reaching out to business and developers,” which she sees as problematic.

Treseder on Corruption at City Hall
Treseder said she wants to “root out corruption on the Council. I’m hoping that being on the ‘inside’ now I’ll have better access to information to help with that.” She said that “the first order of business” is following up on the FBI’s 2019 arrest of political operative and consultant Melahat Rafiei, a close friend and adviser to Mayor Farah Khan. Rafiei was charged with attempting to bribe two Irvine Councilmembers. But those charges were set aside when Rafiei turned state’s evidence in a separate corruption investigation in Anaheim. The Irvine case only came to light when the Anaheim investigation yielded indictments earlier this year.

“I would like to start whatever investigation the City can do into that situation,” Treseder said. Treseder confirmed a report that Rafiei asked her to stop criticizing the Orange County Power Authority (OCPA) CEO Brian Probolsky. Tresder noted that she was in a meeting with Rafiei and that Rafiei stated she controlled the OCPA board and that Mayor Khan, an OCPA board member, was part of the “cabal.” Treseder acknowledged, “It’s possible she was not telling the truth. But if the Mayor made a deal to protect Probolsky, there may be a conflict. Are the City’s representatives on the board looking out for the public first or somebody else first?” Treseder said she supports removing Probolsky as CEO because he is unqualified, and added, “We have to find out how much [Rafiei] is still involved in City politics, because she shouldn’t be at all.”

Treseder on Citizen Involvement
Treseder said she wants to reform or revamp Council practices, especially rules controlling public comments, which she said currently discourages public involvement. “In the past, Irvine has been very thoughtful in planning,” she said. “Now things seem rushed and Council procedures seem set up to silence people and reduce transparency. Those things make me very concerned.” She cited as an example recent Council votes to approve very large projects in the Great Park, when the plans were only made public a few days before the Council meeting.

Overall, Treseder said, “I’m looking forward to serving the community. The reason I ran was to help people. I’m glad I’m now in a position to do that.”