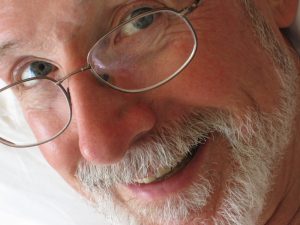 Recently, I had the good fortune to sit down with Jay to discuss our shared love of music and his passion for commissioning new music.

Like me, Jay typically enjoys music from a seat in the audience, listening to the musical talents of others.  However, Jay does play the trombone and cello with friends or alone at his home in Laguna Beach.

Although he has always enjoyed music, Jay graduated from Oberlin College, noted for its Music Conservatory, with an undergraduate degree in English.  He went on to earn a PhD in Information Science from Claremont Graduate University.  In 1996, Jay co-founded a financial computer services company, S&S Datatlink, Inc., which he sold in 2011.

After selling his company, Jay considered taking up flying and sailing as retirement hobbies.  Those plans changed when Jay and his wife Elizabeth decided to put their time and resources into commissioning new music.

Since 2012, Jay and Elizabeth have commissioned over 187 contemporary classical music pieces, averaging about 30 commissions per year. 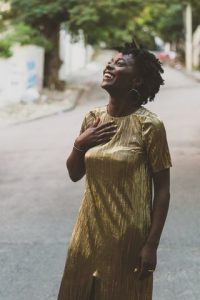 Commissioning new music is unlike the role of a sponsor or donor who may contribute to an organization such as a symphony orchestra or a theatre company.   Jay told me, “You find the music you love.  You contact the person who actually writes the music.  And you pay it forward.”

With that ever-present twinkle in his eyes, Jay explained his motivation for commissioning new music.  He said, “It’s the idea that we enabled something that gives joy, pleasure and emotional fulfillment to both the performers and the audience.  That’s a fantastic feeling.  And I find that incredibly fulfilling.”

With his never-ending stream of anecdotes about musicians, ensembles, music halls, and orchestral directors — always conveyed with his effervescent humor — Jay sweeps you along in a musical thrill ride.  Capturing his excitement is like trying to capture smoke with your bare hands.

Jay said, “Contemporary classical music expands the meaning of ‘classical.’  String quartets typically play classical-like pieces — Beethoven, Mozart, Haydn, etc.  But, they may also include a piece that we commissioned.  The only difference is that ours was composed a year ago.  The rest of the program may have been composed 200 years ago.”

The musical range of Jay’s commissions is breathtaking.  They include soloists (Nathalie Joachim), conductors (Esa-Pekka Salonen), violin duets, any number of string quartets, 15+ pieces for chamber orchestras (for 25 to 50 players), and nine full-on symphony orchestral works including concertos. 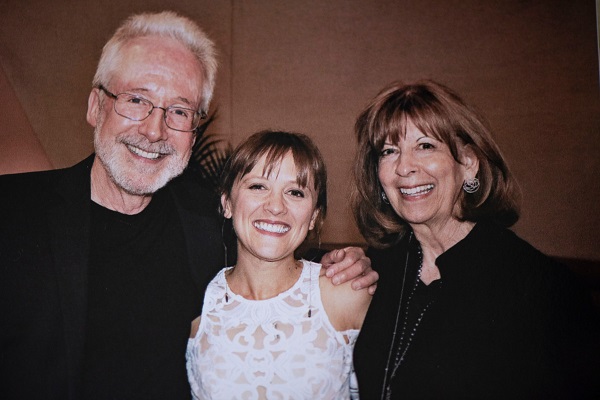 Did you know that original operas are being created today?  Jay and Elizabeth have already commissioned four original operas.  They commissioned “Prism” by composer Ellen Reid, which resulted in Reid winning the 2019 Pulitzer Prize in Music.  With suppressed glee, Jay recounts, “I nearly fell out of my chair.  I only learned about this (award) while reading the news.  Now Ellen is so renowned, I can’t afford her anymore.”

If you thought opera was a stale format, let me describe two other operas Jay and Elizabeth have commissioned. “Invisible Cities,” a 2014 Pulitzer Prize Finalist, was premiered live at the LA Union train station during active customer operations.  “Hopscotch,” a mobile opera, was performed in 24 limousines cruising the streets of LA.  And they have commissioned three new operas that are scheduled to premier this spring.

When I asked Jay how long these projects take, he told me, “It’s all over the map.  Anywhere from 4 to 5 months, on the short side, to 6 years on the long.  The very first piece I commissioned by James Matheson was for a string quartet.  He is a performer whom I respected and who knew me.  It was commissioned in 2012.  It premiered on February 19, 2014 at the Segerstrom Center for the Arts.”

Commissioning new music is something few of us have the opportunity to achieve.  But if you are interested in being a part of “a lot of fun,” as Jay describes his current retirement role, I’ve included links below to local and national organizations.

It’s important to note that even though Jay and Elizabeth commission the music, they do not own the rights to it.  As Jay explained, “We’re not in this to own music.  We want people to join in.  Consider us a success if even one out of the 200 or so pieces we have commissioned so far is still being played 100 years from now.  Although no one will know that we commissioned it.”

One the things that stuck with me after our conversation was that, for someone associated with a great deal of musical achievement, I don’t remember Jay ever starting a sentence with the word “I.”