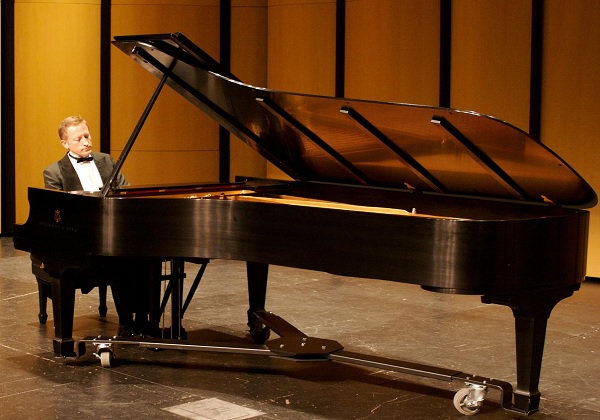 We don’t have to look far for ideas about how to be more productive while staying at home during the COVID-19 pandemic.

Lots of residents are busy working from home and helping their children with remote learning.  For me, I’ve learned how to make ice cream in a mason jar.

For Daniel Luzko, Professor of Music Theory and Composition at Irvine Community College (IVC) for more than 20 years, this period at home has presented an unexpected opportunity.  After completing a year on sabbatical leave, Daniel is now putting the finishing touches on his first symphony.

Over the years, I’ve enjoyed several recitals performed by Professor Luzko at IVC’s Performing Arts Center, and have found his compositions to be striking in their originality and vitality.  I’ve met Daniel several times.  He’s always articulate, always gracious, and his eyes always project a commanding gleam.

Recently, I reached out to Daniel (via phone) to learn about his motivation and expectations for the new symphony.  When asked if he thought of himself primarily as a composer, musician, or a teacher, Daniel said, “Creativity is my main area, and I find that in composing.  Playing the piano is the technical part.  When I play, I can feel the keys.  The piano really helps me to translate the sound. Conducting is a tool.  So, I also conduct.  It is easier for a composer to represent their own work by conducting it themselves.” 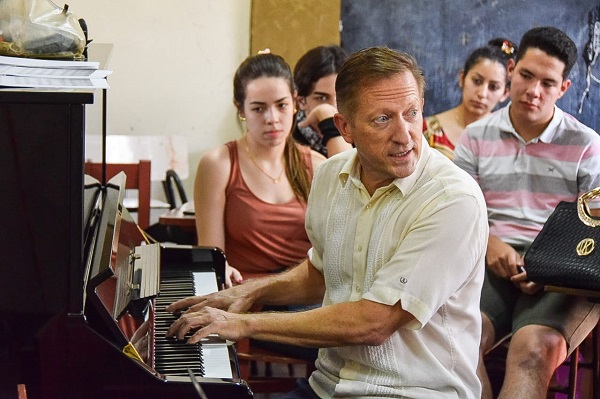 Daniel Luzko in the classroom.

When asked about teaching, Daniel’s response was heartening.  He said, “I enjoy teaching a lot!  If you only write compositions for commissions, you often have to do things that I don’t like — such as following restrictive guidelines and tonal range.  Things that I am not fond of. Teaching gives me the freedom to select my own projects.”

In fact, for Daniel creating original music is a core skill.  A selection from his repertoire includes string and wind quintets, an award-winning piano concerto, a violin concerto, Travels (a piano suite), a choral composition Promised Land, and more.  (You can enjoy many of these pieces by clicking on the links I’ve provided at the bottom of this article.)

If you were hoping that my interview with Daniel uncovered the secret behind the marvel of taking a blank page and conjuring a symphony for an orchestra with 70 musicians, you’re going to be disappointed.  I wasn’t able to do that.  But, like an undercover agent, I was able to glimpse into an artist’s studio and gather evidence.

During his sabbatical, Daniel attended a musical symposium in Paris where he collected ideas.  He then brought those ideas back last fall, and began writing his first symphony. 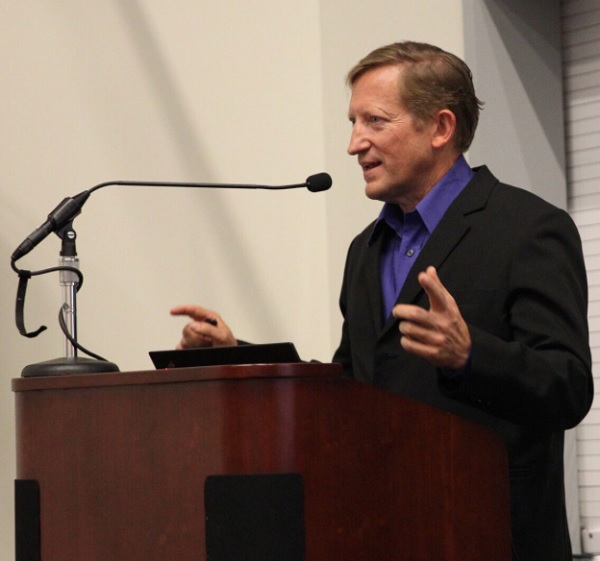 I was fascinated to learn more about his inspiration for the symphony.  Daniel told me, “My inspiration for this symphony comes from the classroom.  Harmony class is like a math class.  If you don’t use it, harmony is just numbers.  I don’t want to be an instructor who just drops information.  It’s important for me that the students get a solid command of music harmony.  But, it has to be practical.  And the only way I can convey this is for me to be writing music.  My ideas solidify very slowly, with lots of starting over and comparing.  At a certain point, you become certain about things and move forward.”

With the eagerness of a child, Daniel explained: “I realized a symphony reflects the search of a style in a composer.  I want to identify my own style.  It is about looking for a language for myself.”  When I asked if it was similar to a painter creating a self-portrait, Daniel said, “Yes!”

Daniel explained that there are basically two types of classical compositions.  Programmatic, which tells a story.  (Think Night on Bald Mountain)  The second type of symphony is a style that doesn’t have any kind of relation to an event, such as Bach’s music.  It’s abstract.  Daniel said that his work falls into the abstract category.

He said, “I put everything I know into it.  I experiment with everything – the sound, the harmony, the instrumentation.  When explaining this process to my students, I was actually reassuring myself.  I want to prove to you that this really works.”

Daniel explained that it typically takes a year for an orchestra to prepare, but with no artists performing right now, it’s up in the air. 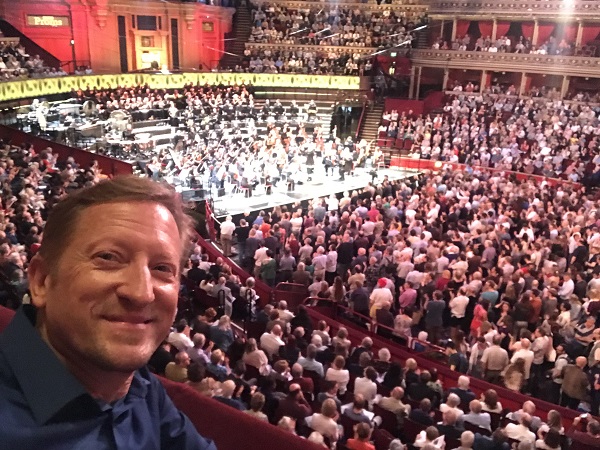 Daniel Luzko inspired by a performance at Royal Albert Hall in London.

He began writing with the National Symphony Orchestra of Paraguay in mind. Paraguay is Daniel’s ancestral home and it’s where he began studying music.  His grandparents immigrated there from Poland prior to World War II.  (Without naming the breadth of his multi-language skills, you wouldn’t want to have a linguistic competition with him.)

I refer to Daniel’s current work as an “Unpublished Symphony.”  He concurs, saying: “The name is not important.  A lot of symphonies don’t have names.  Those that do, were often labeled years — or even decades — after the symphony was written.  Perhaps a name will come later.”

What else is on Daniel’s horizon?  Daniel has recently been commissioned to create an opera. He told me that it’s been very fulfilling to be given this composition.

It is this commitment to something greater than the individual who creates it — a symphony — that makes Daniel’s efforts so worthwhile. I admire his willingness to inhabit a world that connects more than the fragments of our present situation.

For those of us in the audience — trapped in the tunnel of this current challenging period — ahead lies more than light.  There is new music to be enjoyed.