Now that marijuana use is legalized in California …
Jake, who was then a 16-year-old, saw me over 5 years ago for evaluation of severe nausea, cyclic vomiting, and abdominal pain.  These symptoms were somewhat relieved by a hot shower.  After multiple costly visits to the emergency room with no specific cause identified, he was referred to me for a gastroenterology consult.

What was rare then — but is increasingly common and well recognized by emergency room physicians now — is that Jake was suffering from Cannibinoid Hyperemesis Syndrome.  This syndrome is but one example
of the effects of marijuana on our children. 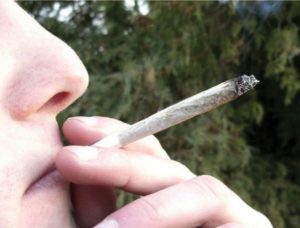 Now that recreational use of marijuana is legal in California, as health care professionals, teachers and parents, we must learn to recognize adverse effects of marijuana on children.  We must learn from the experience in Colorado where there has been a five-fold increase in emergency room visits between 2009 and 2015.  Most cases involved toddlers and were due to accidental ingestion of edible products. A new study found chemicals in urine of children exposed to second-hand marijuana smoke.

The American Academy of Pediatrics (AAP) released an updated policy statement, “The Impact of Marijuana Policies on Youth: Clinical, Research and Legal Update,” along with a technical report that includes the latest research and information about marijuana.

For parents, a review of the signs of substance use in adolescents can be found at: www.healthychildren.org.

Like Colorado before us, California is embarking upon a major social experiment with the legalization of recreational marijuana use.  All of us should be alert to the effects that this experiment may have on the lives of our children.  California should use revenues generated from marijuana sales to support research on health effects, and to develop effective interventions for addressing substance abuse.