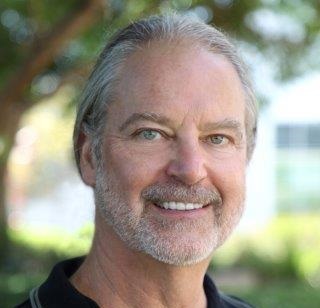 For every performing arts concert, there’s a lot that takes place behind the scenes to make the magic we enjoy from the audience.

As someone who attends a lot of concerts here in Irvine, I have often wondered about the coordination that must take place between the dancers, musicians, actors, choreographers, costume designers, lighting engineers, sound managers, photographers, and everyone else who comes together for a successful performance.

To learn more, I made an appointment with the Dean of the Arts at Irvine Valley College (IVC).  Dean Joseph Poshek has worked in higher education for more than three decades. Four years ago, he became the Dean of the Arts, Library and Online Education at IVC.

As soon as we began chatting, I found Joseph to be approachable, knowledgeable and engaging.

Given his strength in higher education, I learned that not only does he bring administrative ability to his current role at IVC, Joseph also enjoyed a long career as a performer of classical and jazz guitar. He recorded six solo albums and performed over 2500 concerts on three continents. I thoroughly enjoyed listening to his recordings which are easily found on YouTube.

Throughout our conversation, one thing came across very clearly — Joseph understands the lifestyle and personal goals of an independent artist. He told me that, “Over the years, I’ve played in a lot of clubs and restaurants. I didn’t get into academia right away.  Until then, my income was generated by my performances.”

I also asked what he personally got out of performing. Joseph responded, “It’s definitely an emotional release. I love lighting up an audience. I was always flattered that people liked my music. If I played something not as successful, I would always think, why? And try to improve it.” When asked how he evaluated the audience response, Joseph said, “Simple. I would judge my success by what’s in the tip jar!”

Though Joseph’s musical focus was classical guitar, I asked if he ever had the chance to surprise an audience. “Typically for an encore, I’d play a song by Jimmy Hendrix.”

With his current responsibilities at IVC, Joseph doesn’t have the time required to rehearse so there’s little opportunity for him to perform these days. However, he assured me that he will get back to performing at some point.  That’s one of the great parts of being an artist — your talent remains with you, so you can return to your craft when the time is right.

When I asked Joseph how he made his way to IVC, he told me, “I’ve been a dean for 11 years. Artists often struggle dealing with authority. I don’t have that problem.” Joseph said that he felt he was building a bridge between the community of artists and the structure of a college environment.  He continued, “Although artists work autonomously, still things have to be imposed upon them.”

Joseph’s responsibilities at IVC include HR, student development, budgeting for 17 full-time and 90 part-time faculty members as well as six staff members and more.  It’s a lot of responsibility and coordination for a department head.

Among the currently enrolled 13,362 students at IVC, 3,400 are attending classes in the performing arts which include a lot more than dance and music. That means Joseph’s department is responsible for more than than a quarter of the entire student body at IVC.

Finally, I asked Joseph if he follows the students after they leave IVC. His response was encouraging. He said, “First of all, being freelance artists, it’s a lifestyle thing. Most work independently so their income is all over the map. What we need to stress (along with the arts) are entrepreneurial skills. With the help of the State, we do track them to see what campus they transfer to. Even their job placement so that we know if they are employed in their field of study.”

I realized after speaking with Joseph that it was as if I had previously been viewing these arts events from my seat through opera glasses. By glimpsing behind the door of his office and seeing all that it entails to run the Arts department at IVC, my view has been expanded.