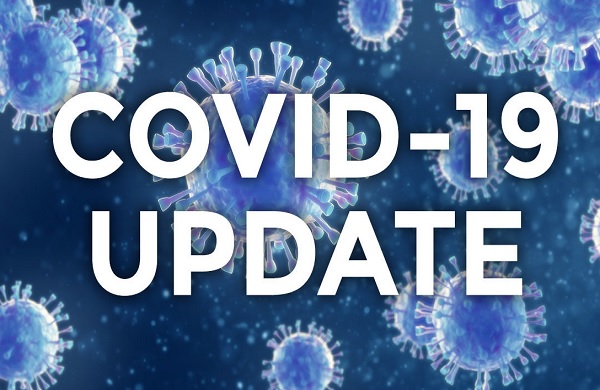 Here we are, several months into the Coronavirus (COVID-19) pandemic.  The numbers tell a terrible story.  Worldwide, the pandemic has afflicted over 90 million people and killed more than 1.9 million.  And, even though the U.S. population of 330 million is only 4.1 percent of the world’s nearly 8 billion people, Americans account for more than 25 percent of all COVID-19 cases and deaths in the world.

By any measure, when compared with other nations, these numbers tell a story of our country and our national government being shamefully unprepared.  We never had a real plan in place, and we still don’t have a national plan.  Instead, we have a President who is obviously unwilling and unable to mobilize his own government in an organized national response to the biggest public health crisis in 100 years.

But the failure of planning and leadership isn’t limited to the White House.  While the spread of infection and the response to COVID-19 has varied from state to state — and while the numbers here in Orange County have been better than some areas in the U.S. — the scale of disease and death in Orange County is unprecedented.

The numbers between the two counties reflect the difference in leadership styles.

Let’s take a closer look at what’s going on locally.  Our own County Supervisor and former Irvine Mayor, Don Wagner, has shown himself to be a menace to public health by first urging in May that the County be “opened up” without meeting State public health metrics.  Soon after that, Wagner began questioning the usefulness of masks, bullying the County’s chief Public Health Officer Nichole Quick, MD over the masking matter.  What was Dr. Quick’s transgression?  Quite simply, she was doing her job.  To protect workers and customers alike, Dr. Quick issued an order that required the use of facemasks in public as our small businesses reopened.  Wagner challenged the science behind masking, forced the rescission of Dr. Quick’s order and, ultimately, he forced her resignation.  Fortunately, Governor Gavin Newsom ended this dangerous nonsense in Orange County by imposing a State mandate of facemask use in public, effective June 18, 2020.

The lack of leadership in Irvine is very disturbing as well. Irvine is no longer a small town.  Our population — nearly 300,000 — ranks us among the top 75 American cities.  Our average workday population, with commuters from all over Southern California, swells to 500,000 people.  What happens in Irvine impacts the health and well-being of all of Orange County and other Southern California counties as well.

While Irvine does have a requirement for facemasks, this seems to be the only area where our City has led the way with an appropriate public health intervention.  The importance of testing and contact-tracing has been known since February.  And, yet, the City still has no plans for a comprehensive testing and tracing program.  Their current program —which finally began in late July — only tests to see if a person currently has the virus.  Another problem is the fact that only a few thousand people are estimated to be tested under the City’s program.

Irvine’s Rainy Day Fund: It’s raining!
At the June 23rd meeting, Mayor Christina Shea and Councilmembers Mike Carroll and Anthony Kuo congratulated themselves for helping out small businesses with cash assistance when, in fact, the City was simply acting as the conduit for distributing federal funds to 500 businesses struggling to reopen.  When it came to the question of using City funds to help businesses and to help renters in distress — by tapping into the City’s robust $53 million dollar Rainy Day Fund — Shea, Carroll and Kuo would have none of it.

The fact of the matter is this: Irvine, which has historically prided itself on good planning and preparedness, now appears to be leaderless and lost.

As the dimensions of the COVID-19 pandemic were becoming clear, the City should have put in place an Office of Emergency Housing Assistance and an Office of Small Business Assistance.  And how can it be that Irvine does not have an Office of Public Health with a highly qualified Chief Health Officer?  One more thing:  The City should quickly allocate money from the Rainy Day Fund to help with the reopening of Irvine schools, beginning with hiring of additional school nurses to ensure that all Irvine schools are able to reopen — and stay open — in a safe and healthy way.