Science, Technology, and Environment: Climate Change: In CD 45, Who Cares?

The June 5th California Primary election to decide the “top two” candidates in Congressional District 45 (CD 45) is over.  On November 6th, Republican incumbent Mimi Walters will be facing UCI law professor Katie Porter.  The City of Irvine lies entirely within CD 45, and the fact that Irvine residents comprise 40 percent of the district’s population means Irvine voters are extremely important to determining who will win the November runoff.

The voters that both Walters and Porter need to attract are increasingly concerned about climate change.  Fully 73 percent of registered voters believe that climate change is happening, and 59 percent believe it is mostly caused by human activities, according to the latest national poll.

At the constituent level — even if not in the halls of Congress — climate change has become noticeably less “political.”  Belief in human-caused climate change is still strongest among Democrats, but now includes a significant majority of liberal/moderate Republicans as well as voters with No Party Preference (NPP).  “Worry” about climate change has even increased by 7 percent among conservative Republicans since just last October.

There is a fairly even, three-way split in the percentage of Irvine voters registered as Democratic, Republican, and NPP, which means swaying independent voters will be critical to winning in November.

Oil drilling in politically-contested locales (such as along California’s coastline or in the Arctic National Wildlife Refuge) is an important climate change issue on which independents align much closer to Democrats than Republicans.  Whereas a majority of Republicans tend to view such oil-drilling expansion favorably, significantly less than half of both Democrats and independent voters do. Walters and Porter should take notice.

Where Do Our CD 45 Candidates Stand on Climate Change Issues? 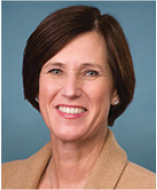 Mimi Walters
Mimi Walters’s website says nothing at all about climate change, or the environment for that matter.  Her “issues” are Debt and Taxes, Immigration, and National Security (by which she means defeating ISIS and supporting our military, not climate change).  Her environmental record in Congress is abysmal. She voted in favor of rolling back limits on carbon dioxide emissions in the federal Clean Power Plan.  And she co-sponsored the Stopping EPA Overreach Act of 2017, which undid the law allowing EPA regulation of global warming.  She even signed a letter of support to Interior Secretary Ryan Zinke to reopen oil drilling off California’s coast.  Then, strangely, last year she joined the bipartisan House Climate Solutions Caucus at the urging of Citizens Climate Lobby. Was this a merely symbolic gesture? 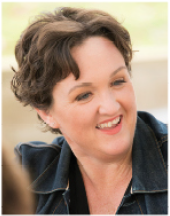 Katie Porter
So what about Katie Porter, a Democrat?  It is encouraging that her campaign website includes Environment as an issue, and mentions taking on Big Oil and corporate polluters, stopping offshore drilling, investing in renewable energy, supporting high emissions standards, and defending important environmental protections.  Nice-sounding stuff, but Porter has thus far been light on specifics.  Also, climate change was glaringly absent from the flood of flyers sent to homes in her district in the weeks leading up to the June 5th primary.

Perversely, when it comes to climate change, we can say we know more about where Walters stands, because of her miserable voting record.

Roger Gloss & Sarah "Steve" Mosko
Roger Gloss earned a B.S. in Physics from UCLA and is now retired from a career in information technology. He is a citizen-activist against climate change, animal agriculture, and systemic environmental destruction. He has lived in Orange County since 1970. Roger's 2014 novel, "Third Wind," is a pre-apocalyptic story of runaway climate change and failed government.

Sarah Mosko is a licensed psychologist and sleep disorders specialist, with a background in neurobiology and basic science research that enables her to explain the science behind current environmental problems and solutions. She received her Ph.D. at Princeton University, and held an NIH Postdoctoral Fellowship at UC San Diego.