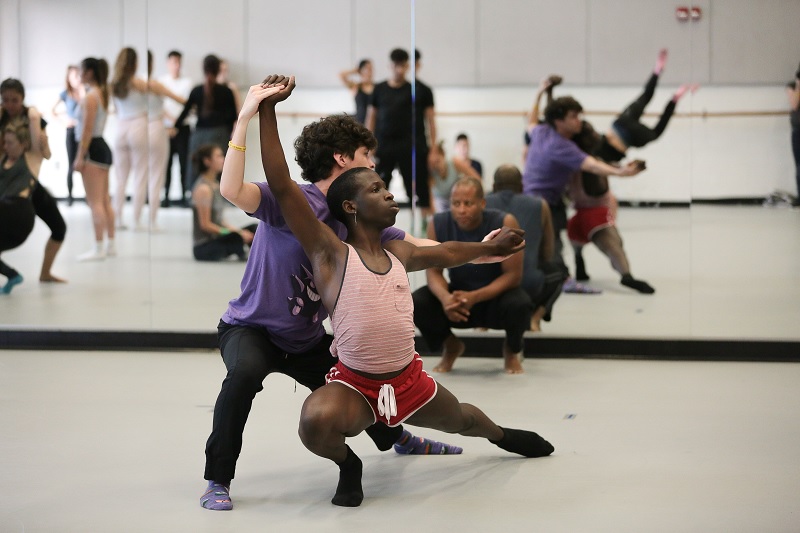 That’s why I was delighted to learn that during this year’s spring break, the UCI Claire Trevor School of the Arts would be hosting the American College Dance Association (ACDA) 2019 Gala Concert for southern California.

Over a four-day period, 500 students and faculty from dance departments at 33 schools came together to celebrate dance at UCI. During that time, they presented 66 dances. The students were also able to attend 91 master classes and 4 special events.

My wife and I thoroughly enjoyed the 10 dances that were presented by seven schools at the Barclay Theatre during the Gala Concert. The dances were adjudicated with three of the schools being invited to attend the ACDA National Conference, which will be held later this year.

However, it’s important to note that this event wasn’t focused on competition. The goal was to help young dancers share, discover, and network with one another. It also served as an opportunity for faculty to offer guidance to the students to help them realize their future goals and aspirations in the field of dance.

It’s unfair for me to even attempt to critique the 10 dances I watched. As regional winners for southern California, each performance was a standout. However, I did have a few favorites that have continued to resonate with me, so I’ll share my experience as “one of the seats in the audience.”

The concert began with El Camino College performing “Prosecutor On That Finger.” Using only three male dancers — an unusual group to present in a dance — they expressed primarily masculine gestures in an empathic original piece of choreography created by an undergraduate student, Tzong-Han Zu. Musical accompaniment was performed by Mikhail Karikis, with an all-male choral piece. 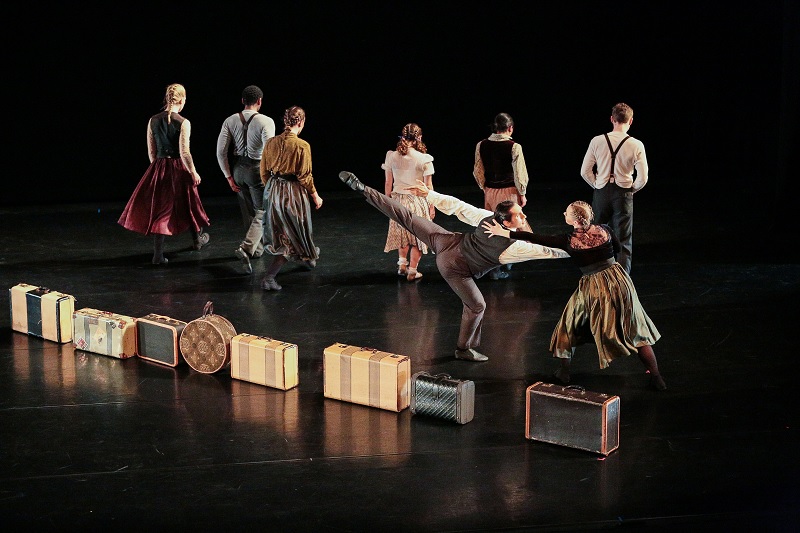 Next up was Cal State Fullerton, with eight dancers performing “Recent Arrivals.” Originally created in 2002, my wife and I have seen this dance in the past. It’s a worthy theme: emigres arriving in a new country. The pre-WW II costumes and vintage suitcase helped set the tone. The dance was flawlessly executed. Much improved over the previous renditions we’ve seen. Overall, it was a very appealing performance.

Another standout was “Barely Black,” which consisted of 11 female dancers, choreographed and led by Loyola Marymount University undergraduate, Kiera Breaugh. This was a refreshing story focused on racial awareness among women. Their hair sweeping from their feet to their backs was mesmerizing.

The nine dancers from Santa Monica College presented “Wianbu,” which was something memorable. One rigid woman seated in a chair, with three dancers beside her in hooded masks. One male after another, treating her like a coat rack, approached and draped her with a jacket until the heap of coats, along with the woman, tumbled to the floor.  She’s then tidied up and decorated by the other dancers, with flowers placed between her toes. It appeared contemporary yet ceremonial, with hints of Polynesia. Captivating from start to finish.

A single female dancer, Monica Williams, from Loyola Marymount, both dancer and choreographer, performed to Willie Nelson’s “Crazy.” Somehow, she magically created that accessible interconnectedness between the stage and the audience. Monica’s performance seemed to consume the audience.

The closing piece, “Still Feeling,” included 12 dancers from San Diego State University. This was a fun romp that encompassed the entire stage. It felt like the costume designer, Jess Humphrey, allowed each dancer to pick out whatever they wanted from their own closet which was very refreshing.

I was able to interview Chad Michael-Hall, Associate Professor of Dance at UCI and the Chairman for this event. He explained that each school sends their best one or two dances to this event.  Although each dance was created prior to the concert, each group had been coached by the adjudicators at UCI during the three days of master classes.

In the words of Chad, “Dance is a snapshot in time. The place (of dance) in reality is all about process, rather than product.” He added, “Dance is so ephemeral.  Unlike a painting, it exists for the moment and, at best, is a transformative experience for everyone.”  From the best collegiate dancers and choreographers in our region, this concert was indeed transformative.

I recall few events at the Barclay Theatre that were more exciting. All 750 seats were filled in this “jewel box” theatre (their own words). What made it different, with few exceptions, most of the seats were occupied with fellow dancers, choreographers, faculty, and family. Since most of the audience understands what it’s like to be up on the stage, they roared and thundered with every announcement and at the closing of each performance.  The place had the energy of a basketball arena, and I felt lucky to be included in the audience.

I hope you’ll join me in the audience!

NOTE:  A special thanks to Skye Schmidt, ACDA for the images used in this article.