My wife and I live in University Park, Irvine’s oldest residential village located on the south side of town, about a mile from UCI.  What used to be tranquil University Park neighborhoods are now surrounded by major City streets with heavy traffic all day and near-gridlock conditions during rush-hour.

So, my heart goes out to Irvine residents in north Irvine, already beset with growing traffic woes.  If Measure B on the June 5th ballot — the land-swap and development scheme pushed by billion-dollar-developer FivePoint Communities — manages to win Irvine voter approval, it will mean replacing the planned Veterans Cemetery in the Great Park with more than 800,000 square feet of office, and industrial development.

This, in turn, will bring nearly 10,000 added daily auto trips to north Irvine, mostly along Irvine Boulevard, Sand Canyon and Jeffrey, where traffic is already at intolerable levels, and some intersections are actually becoming dysfunctional.

As bad as traffic itself is, there is something even worse to consider: air pollution.  The localized air pollution generated by nearly 10,000 auto trips is daunting.  While catalytic converters added to auto exhaust systems have significantly reduced smog-forming chemical emissions, giving us cleaner California skies than in the recent past, cars are still producing harmful materials.  Among these are fine particulates that are trapped in our lungs and, over time, cause respiratory diseases that shorten life.  These particulates consist of material from tire wear and soot from diesel trucks, which will certainly be in the mix of traffic headed to and from FivePoint’s giant business and industrial park that is next to our Great Park.

There are tens of thousands of people who live “north of the 5”… in both new and older residential communities:  Portola Springs, Stonegate, Woodbury, Eastwood, Cypress Village, Northwood, and the Great Park Neighborhoods.

My guess is that most of the people living in these lovely Irvine villages and neighborhoods would prefer a long-planned, beautiful Veterans Cemetery in the Great Park — generating just a few hundred automobile trips daily and virtually no pollution — as compared with a massive business and industrial development that will generate nearly 10,000 daily auto and truck trips, along with localized air pollution that diminishes our quality of life.

If that’s how you feel, there is no better time to say so than on June 5th.  Vote NO on Measure B! 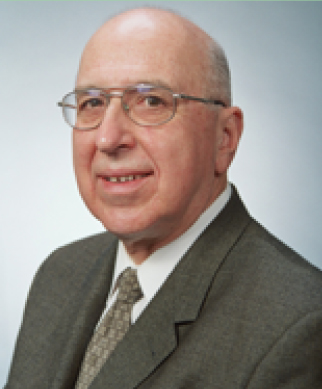 Carl Mariz
Carl Mariz is a retired chemical engineer having worked in that field for nearly 50 years.He received a Bachelor’s Degree in Engineering from the University of Missouri in 1957.Carl and his family have lived in Southern California since 1968 and in Orange County since 1979.