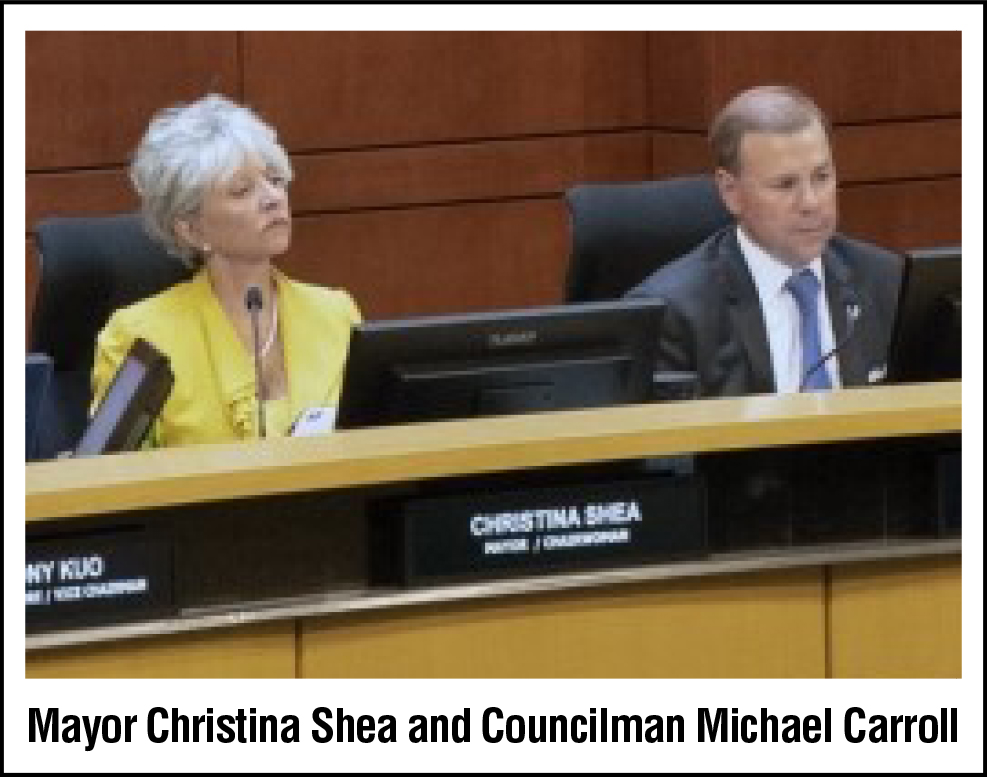 There is a long history of the effort to build the Veterans Cemetery in the Great Park, beginning in 2014 with Orange County Assemblywoman Sharon Quirk Silva’s introduction of Assembly Bill 1453, followed by then-Councilmember Larry Agran’s resolution, adopted at the July 2014 Council meeting, designating the Great Park ARDA site for a State-built and State-operated Veterans Cemetery.

Regrettably, there is also a long history of Christina Shea’s relentless effort to defeat the Veterans Cemetery in the Great Park, beginning with her first NO vote on the project in 2014.

Shea’s objective has always been to move the planned Veterans Cemetery away from the ARDA site in order to make room for massive FivePoint development. Along the way, FivePoint spent $106,088 to promote Shea’s 2016 reelection campaign for City Council.

FivePoint Takes Over City Council
So, how did Shea become our Mayor? Answer: The City Council majority, itself, changed the Municipal Code in January 2019, so that then-Councilmember Christina Shea would become Mayor if Mayor Donald Wagner were to resign. Wagner did, indeed, resign to become Supervisor after winning a March 2019 special election. Thus, Shea became Irvine’s first unelected Mayor in 30 years, leaving her Council seat vacant.

In the summer of 2019, Mayor Shea and appointed Councilmember Carroll led the effort to eliminate the Veterans Cemetery at the ARDA site. They then pushed to rezone the site so FivePoint could use this Great Park property to build office, commercial and industrial projects — making hundreds of millions of dollars in profits off of our valuable parkland that was designated in 2014 for a Veterans Memorial Park & Cemetery that should have been built and operational by now. Shea later described this entire scheme as a “diversion tactic.”

Not Our Values
In 1989, Shea first gained prominence and was later elected to our City Council when she bashed the LGBTQ+ community by leading a ballot measure campaign that successfully removed the LGBTQ+ community from protection under the City’s non-discrimination ordinance. Shea told the LA Times, “I’m a mom with three kids and I don’t want gay pride festivals or public sex in bathrooms in my city.”

Flash forward 20 years. In June 2019, within weeks of becoming Mayor, Shea attended the annual meeting of the prestigious U.S. Conference of Mayors — where 226 U.S. mayors, on a bipartisan basis, adopted consensus resolutions to deal with the challenges facing our cities, our country, and the world. Shea embarrassed herself and our entire City when she was one of just a half-dozen mayors to vote No on four sensible resolutions to put cities in the forefront in combating climate change. Shea also voted No on all seven resolutions calling for the dignified and humane treatment of asylum seekers and other immigrants seeking refuge in the United States. Irvine, once known for our leadership on environmental issues and our welcoming attitude toward immigrants, now finds itself led by a Mayor who rejects these long-held Irvine values.

In a further affront to Irvine citizens and values, Shea teamed up with Carroll (and Councilmember Anthony Kuo) to reject a simple, routine proposal to join with many other cities in flying the rainbow-colored “Pride Flag” at City Hall — in recognition of the past 50 years of progress in overcoming discrimination against gays, lesbians and others made to suffer because of their sexual orientation. Councilmember Carroll went so far as to condemn the Pride Flag as a “spectacle of divisiveness.”

I am proud of my name. My family left the Soviet Union as political refugees when I was five years old. Now, I treasure being able to participate in our free political process.
I became “Kev” Abazajian growing up in Texas, and the nickname has stuck. I earned a Ph.D in astrophysics at the University of California, San Diego, in 2001, and I’m now a full Professor at UCI as well as Director of the Center for Cosmology.

Shea and Carroll Must Go
Christina Shea and Michael Carroll are not only unelected to their Council positions, they go out of their way to disrespect and offend Irvine voters and the values we share as a community. That’s just plain wrong. Enough is enough! Recall Shea and Carroll!

Dr. Kev Abazajian
Dr. Kev Abazajian is Professor of Physics & Astronomy at UCI. His research on energy and the environment has led to policy action for implementation of renewable energy initiatives. He serves on the City of Irvine's Green Ribbon Environmental Committee. Dr. Abazajian and his family have lived here in Irvine for 11 years.